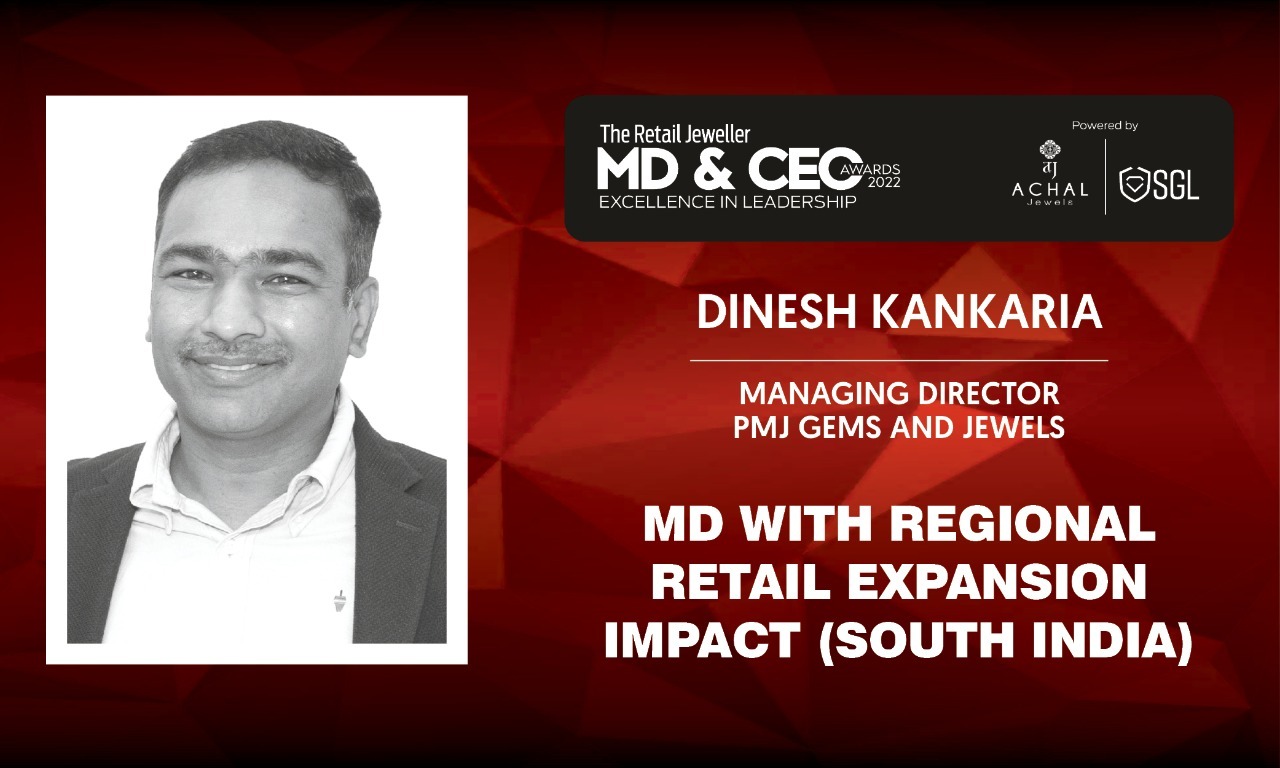 Dinesh Kankaria grew his company within a decade from a single outlet to six showrooms and 16 boutiques. The latest peak of PMJ Gems and Jewels’ achievement is the opening of a 20,000 sq. ft flagship store in October 2021 in Jubilee Hills, Hyderabad.

Mr. Kankaria is no stranger to retail innovation. As early as 2009, his company had a direct-to-home model for (jewellery shopping) in place. Over the years, it opened multi-format retail outlets. In 2018 it set up a Live Video Call initiative, long before COVID-19 blocked the path of real-world retail. He has shaped his company to be always future-ready.

In 2021, Mr. Kankaria launched a franchise programme. Undaunted by the pandemic, his company inaugurated two franchise outlets in Hyderabad, both successful; a third is set to open in Vizianagaram. Further franchises in India and the United States are anticipated.

Beyond franchises, Mr. Kankaria is capitalising on the early success of the flagship in Hyderabad, with larger, company-owned and -operated outlets in the works across South India

Under his leadership, PMJ has grown into an exemplar of innovation-led expansion backed by strong fundamentals: an inspiration for the industry in challenging times.