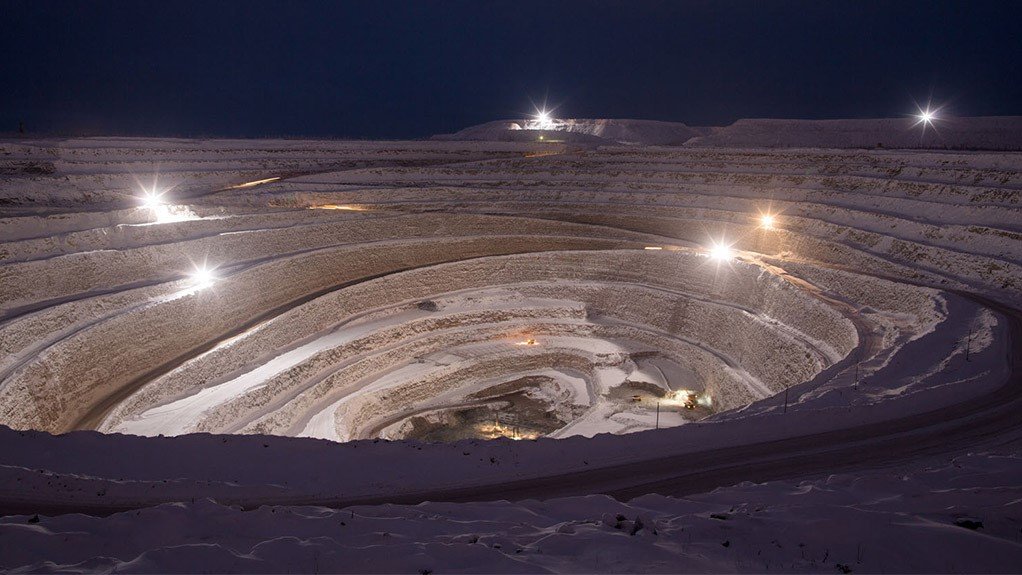 Diamond miner Alrosa on Friday reported a 17% year-on-year decrease in its first-quarter production, as the shutdown of the Mir underground division weighed on its performance and lower-grade ores were processed from the Jubilee pipe.

The Aikhal division, comprising the Komsomolskaya pipe, Aikhal underground mine and Jubilee pipe, delivered 2.81-million carats in the first quarter, an 8% decrease on production of a year earlier. This was mainly owing to a decline in diamond output at the Jubilee pipe, where lower grade ore was processed.

The Nyurba division produced 1.90-carats in the quarter, which is 15% less than the same period of 2017. The decrease is mainly owing to lower output from the Botuobinskaya pipe, where production fell by 41% year-on-year as lower-grade ore was processed. The Nyurbinskaya pipe’s output increased by 3% year-on-year.

Scientists demonstrated a new way to bend and stretch diamonds