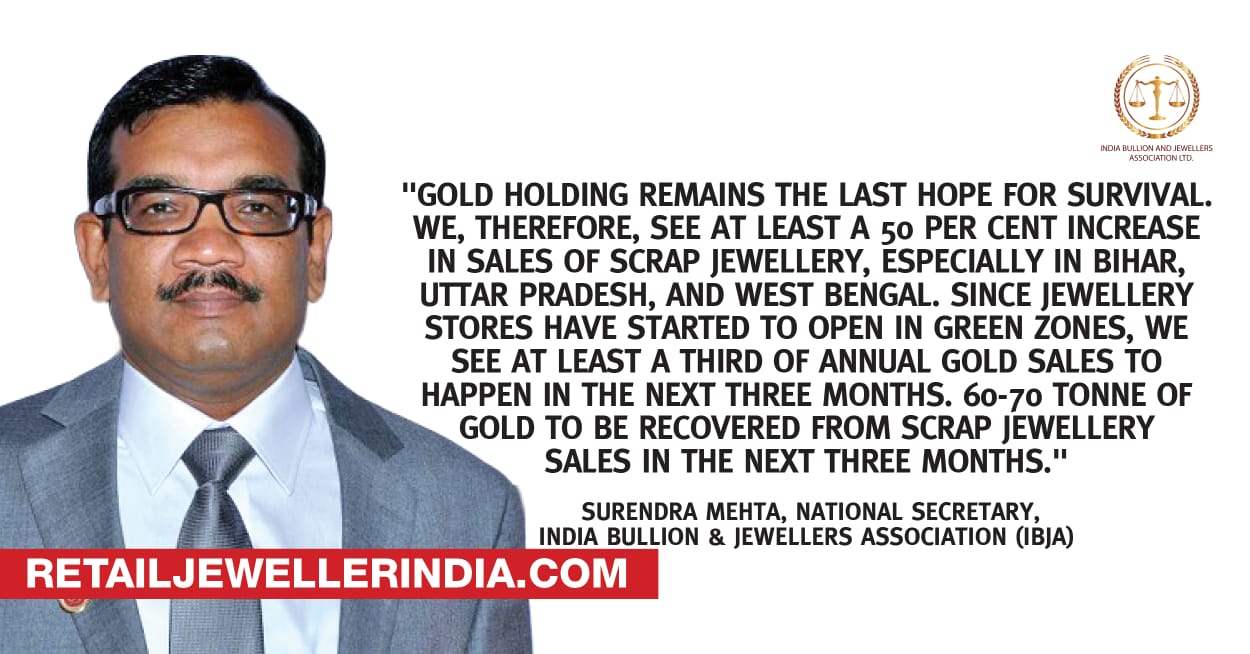 Jewellers, who have opened their stores in green zones, are witnessing thin sales. Most people coming to their stores either want to sell their jewellery or gold coins.

Sales in the past few days are only 15-20 per cent of the normal as witnessed in May of previous years. Footfall, too, is thin amid the ongoing lockdown and the social distancing guidelines.

“Many jewellers in Karnataka have opened their stores. But, sales have been only 15-20 per cent of that in normal days,” said Anantha Padmanabhan, chairman, All India Gems and Jewellery Domestic Council (GJC). Many other state governments have allowed opening of jewellery retail stores with preventive measures like regular sanitisation of stores, use of sanitizers by both employees and customers, mandatory wearing of masks, and social distancing.

Tanishq, too, has changed its marketing policy to maintain social distancing. The company is encouraging selection of jewellery pieces via video and pictures sent its potential customers and allowing store visits through appointments. The move aims to reduce the number of walk-in customers.

Kolkata-based Senco Gold & Diamonds, the largest jewellery retail chain from eastern India, has announced the re-opening of its stores across green and orange zones in four states — West Bengal, Odisha, Assam and Karnataka.

The Government of Maharashtra has allowed commencement of operations at designated gems and jewellery export units in the Mumbai Metropolitan Region (MMR) amid the lockdown, only with 10 per cent workforce and to fulfil export commitments.

According to experts, old gold or scrap jewellery sales are likely to rise 50 per cent this year because of a surge in job losses recently.

“Gold holding remains the last hope for survival. We, therefore, see at least a 50 per cent increase in sales of scrap jewellery, especially in Bihar, Utter Pradesh, and West Bengal. Since jewellery stores have started to open in green zones, we see at least a third of annual gold sales to happen in the next three months,” said Surendra Mehta, national secretary, India Bullion and Jewellers Association (IBJA).

Mehta expects 60-70 tonne of gold to be recovered from scrap jewellery sales in the next three months.

“We are expecting nearly 40 per cent of our sales to be sourced through own sources, which means in-house conversion of scrap jewellery,” said Ramesh Kalyanaraman, executive director, Kalyan  Jewellers.

P.C. Chandra Jewellers opens its stores in Bengal and Tripura