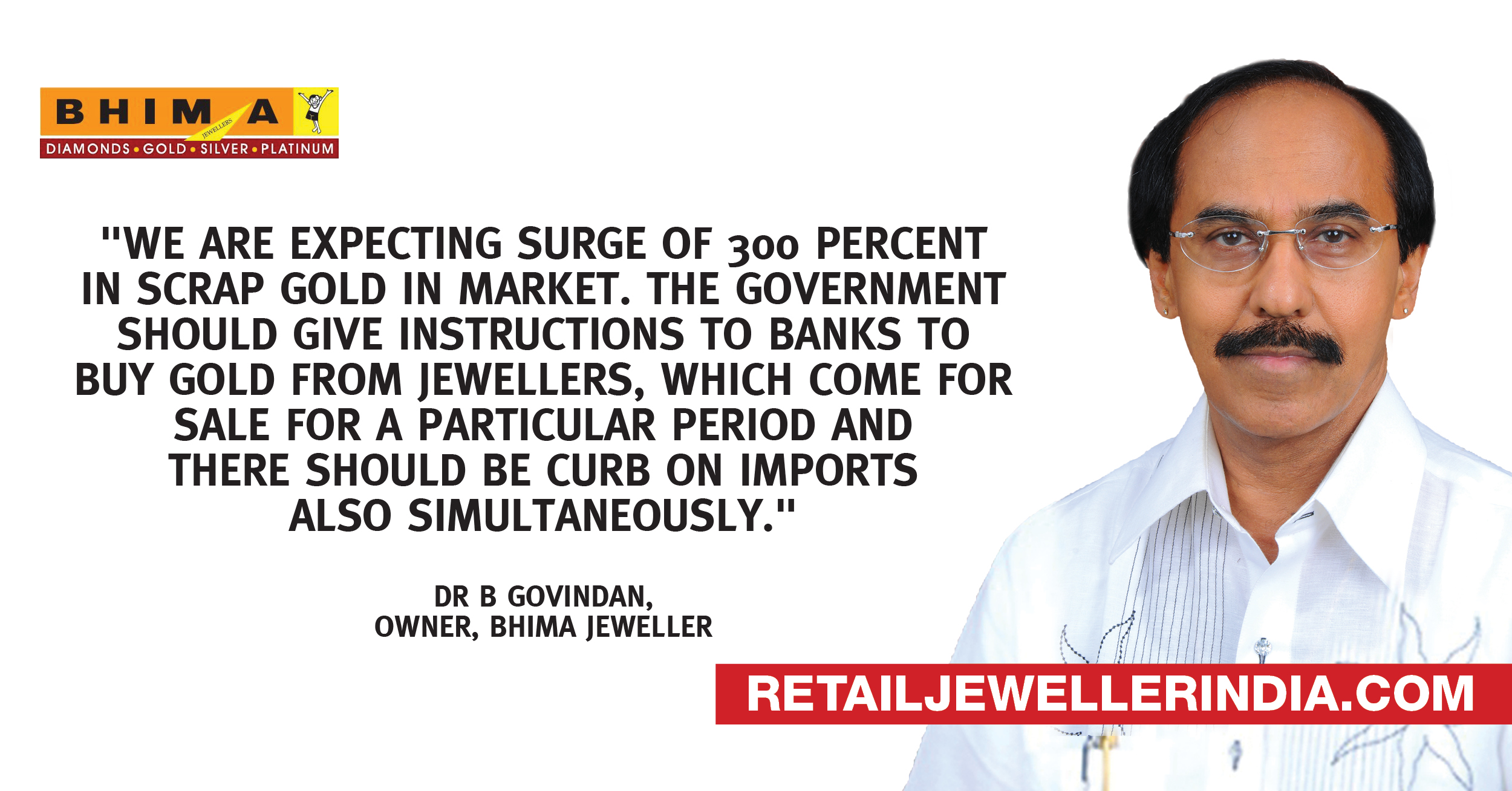 Jewellers in Thailand were grappling for cash as people came in large numbers to sell gold, prompting PM Thailand Prayuth Chan-Ocha to tell them to “not to sell gold in large amounts”.

As the economy prepares to battle the debilitating impact of COVID-19, Indian jewellers find themselves in a sticky position due to working capital woes.

They have voiced concerns over a glut in the market post-lockdown, as seen in Thailand.

“Jewellers are wondering how they will manage force buying, which we are anticipating after the lockdown. The middle-class mostly has savings in gold or banks deposits and they will redeem their gold soon after lockdown. We don’t have much working capital to buy the huge amount of gold but we cannot afford to lose customers also” a Patna-based jeweller told Moneycontrol.

Nitin Kedia, spokesperson of All India Jewellers and Gold Smith Federation, told Moneycontrol: “We have seen in south-eastern nations that people started dumping gold in physical market and there were long queues in shops. Thailand Prime Minister Prayuth Chan-Ocha had to request people not to rush to sell gold as shops may face a cash crunch.”

Jewellers also rued the fact that they were not able to make the most of Akshaya Tritiya.

“We have missed one of the main gold selling day – Akshaya Tritiya. Now people are short of money and they may sell their savings in gold to jewellers. Earlier also, scrap gold came into the market but this time they will sell gold but not replace it with new jewellery. More than 25,000 tonne gold lying in household and another 2,000 tonne lying in temples in which 100 tonne gold worth Rs 50,000 crore will come under force selling. In the current situation, where jewellers themselves are facing severe liquidity problems, it would increase their problems,” Surendra Mehta, National Secretary of Indian Bullion Jewelers Association, told Moneycontrol

Dr B Govindan, owner of Thiruvananthapuram-based Bhima Jeweller, told Moneycontrol “We are expecting surge of 300 percent in scrap gold in market. The government should give instructions to banks to buy gold from jewellers, which come for sale for a particular period and there should be curb on imports also simultaneously”

“Government should provide working capital for jewelers as we create third largest job in the country after real estate and textile with 7 percent of total export. Government should think about providing working capital on bullions which is only jewelry currently. Now retailers took jewelry on credit for longer days and it is difficult to get back old money as there is liquidity issue in system,” said Ahmedabad-based jeweller Shanti Kaka.

The World Gold Council has also reported dip of 39 percent in sale of jewellery in first quarter in the country.

Jewellers are also proposing various way to tackle the problems in this sector.

“Now, everything is available on EMI or on credit card, so government should approve sale of gold also on this method. Anyways we are facing slump in sale of jewelry might be this measure may help in sale of gold,” Kanpur-based jeweller Pradeep Agarwal told Moneycontrol.

Jewellers are also seeking relaxation in selling gold without PAN card. They also feel that government should set limit on volume, not on price wise.  When Rs 2 lakh threshold was fixed, gold was trading around Rs 30,000 and now it has crossed Rs 45,000.

The government is also mulling keeping a six distance between two customers but it may be difficult for small shops to implement that rule.