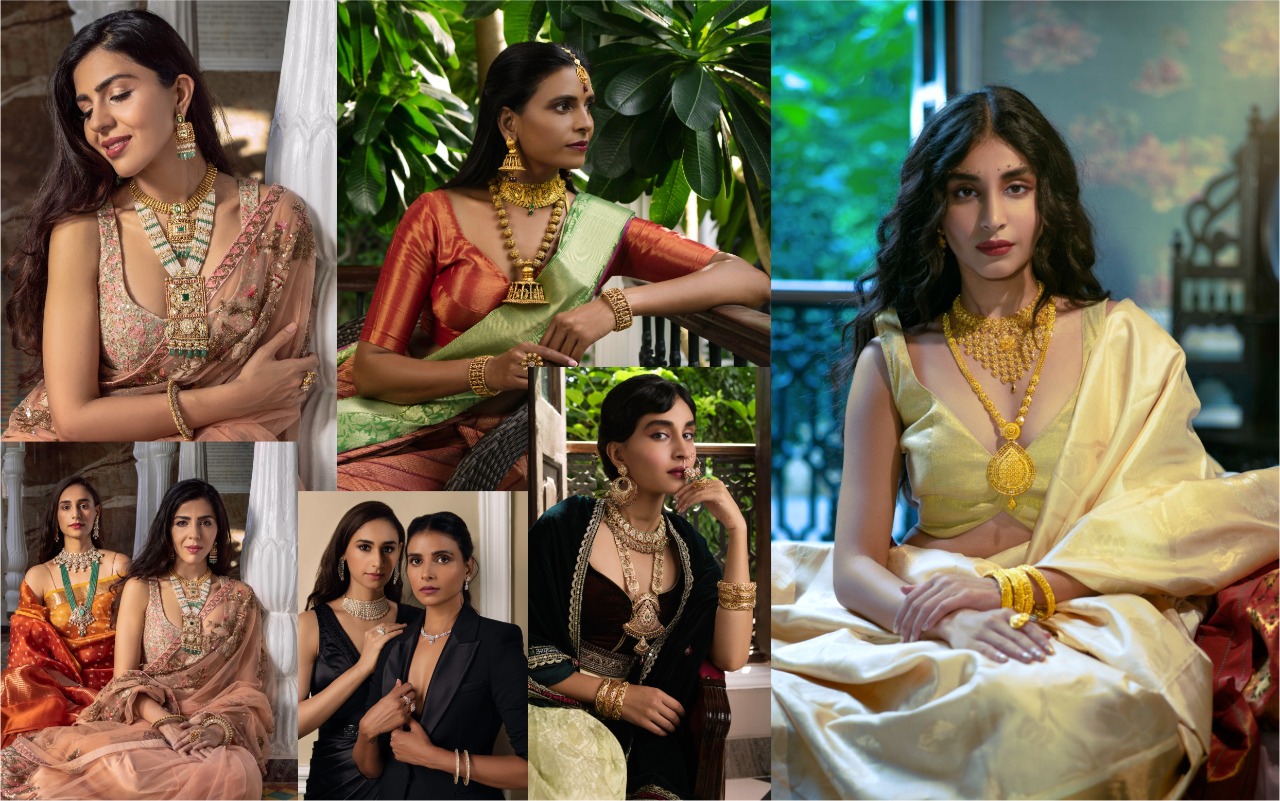 Anaek, as the name sounds, is Manohar Lal Jewellers(Defence Colony/Preet Vihar) trump card to showcase mastery over national jewellery fashion. The campaign brings the best of regional exclusivities under one ambit and is targeted to tantalise jewellery lovers of Delhi who seek the best of the exotic designs from every corner of the country.

On that note, the creative assets have definitely struck gold with their on-point portrayal of Indian regional culture. Silhouettes of models adorned in Hyderabadi pearl, ruby, and emerald jewellery give a monochromatic glimpse of the historical city itself. On the other hand, another commercial showcases a woman adorned in Kolkata jewellery, opening the doors of her home as the Rabindrasangeet ‘JokhonPorbe Na Mor’ being played at the backdrop. Certainly, the brand captures the essence in this unifying campaign.

“Be it the diamonds of Mumbai or the pearls of Hyderabad, or the Kolkata gold, Anaek celebrates Indian craftsmanship on the occasion of India’s 75th independence and the upcoming festivity and wedding seasons,” said Surbhi Shekhar, marketing manager, Manohar Lal Jewellers (Defence Colony/Preet Vihar). “Each backdrop for a Rajasthani, Mumbai, Kolkata, or Hyderabadi jewellery photo shoot emanates the royal bridal looks. We‘ll plan the campaign till November-end and continue with a small-format module with wedding planners for the remainder of the year,” she added.

This campaign solves the stereotypical offering of polki and gold ranges by the larger competition in Delhi. By doing the Anaek campaign, the brand is attracting preferences of multiple ethnicities and cultural overlaps in the country’s capital. Since this is majorly an in-store campaign, there are dedicated counters for each category on offer. “We have styled the trays and the busts according to jewellery type. Rajasthani jewellery is showcased in colourful trays, while diamond jewellery has the dark blue, midnight vibe. With gold, we have the beige and white look and feel. With jadau, we have a very subtle red Nizami look. We have also trained our staff with enough information on storytelling about the USPs of each piece, from each region, created by respective craftsmen, so that our customers are treated with only the best,” she added.