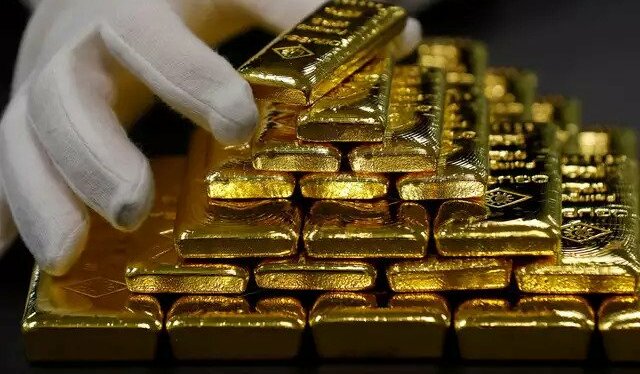 Kolkata: Slack demand and an oversupply of gold have prompted bullion dealers to offer a higher discount on the precious metal to jewellers. Discount on gold has doubled in the first week of 2020 from the previous week to $8 per troy ounce and it may go up if gold prices increase, said bullion dealers.

International gold prices edged higher on Thursday as the US dollar hovered near a six month low hit on New Year’s Eve amid expectations that the US economic out performance could be coming to a halt. Spot gold prices increased 0.2 per cent to $1,519.75 per ounce, after having touched the highest level of $1,525.20 since Sept 25, 2019, on Tuesday. Bullion ended 2019 with its biggest annual gain since 2010.

Mukesh Kothari, a Zaveri Bazar-based bullion dealer, said the discount was going up because of lower demand. “From mid-December till Makar Sankranti on January 15, it is considered to be an inauspicious time for Hindus. So generally purchase of gold slows down during this period,” he said.

Shaankar Sen, chairman of Senco Gold & Diamonds, said though there were some takers for gold, sales were not growing. “Unless price falls or there is some positive trigger in the economy to stimulate growth, we do not expect gold consumption to go up,” said Sen, who is also the vice-chairman of All India Gem & Jewellery Domestic Council.

Gold prices are expected to stay firm in 2020, according to analysts. In India, gold prices appreciated 3.63 per cent to Rs 39,200 per 10 gm in the fortnight to Thursday. “Gold will tend to find support in 2020. The present northward movement of gold is due to weak dollar. But across the globe, countries will go for rate cuts. That will trigger a rally in gold,” said Gnanasekar Thiagarajan, director, Commtrendz Research. “Also, in the second half of 2020, the US will go for presidential election ..

In addition, Thiagarajan said, low interest rates worldwide will keep stock prices high and valuations at extreme levels, on the verge of peaking. “Therefore, we believe there are reasons for higher levels of safe-haven assets like gold,” he said.