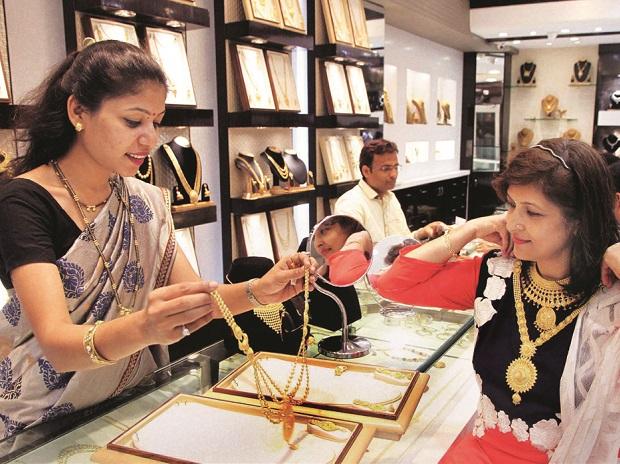 Jewellers are expecting 15-20 per cent increase in sales this Akshaya Tritiya, mainly on the back of positive market sentiment, stable prices and ongoing wedding season.

“Things are looking positive this year and the prices are also stable, ruling at around Rs 30,820 per 10 grams. There is also a lot of traction for wedding jewellery due to ongoing marriage season.

“Overall there is a positive sentiment in the market, so we are hoping 15-20 per cent growth in sales this Akshaya Tritiya, compared to last year,” All India Gem And Jewellery Domestic Council (GJC) Chairman Nitin Khandelwal told PTI here.

He said the demand for yellow gold, especially trendy items and wedding jewellery will be more than diamond jewellery.

“We are also witnessing a slowdown in demand for the high end niche jewellery,” he added.

Akshaya Tritiya is considered an auspicious day to buy the gold in the country.

“Market has now started picking up after the industry faced the Nirav Modi scam. We are witnessing young people now preferring long standing family jewellery stores who have been there from generations. Moreover, the monsoon was good last year, but the demand was muted, so there is likely to be a spill over of demand from last year to this Akshaya Tritiya. The overall mood is positive and we are expecting 5-10 per cent growth in sales over last year,” he added.

This year, he said, coins and small ticket size along with wedding jewelleries will be popular.

“The bookings for the wedding jewelleries are looking good, the delivery for which will on the Akshaya Tritiya day,” he added.

Kalyan Jewellers Chairman and Managing Director T S Kalyanaraman said, “On this Akshaya Tritiya, we expect to see customers returning to the eternal value of gold”.

He said, the growing market sentiments and the shift from unorganised to organised sector will contribute to a boost in sales.

WHP Jewellers Director Aditya Pethe said, there is an expectation of good demand this Akshaya Tritiya, and the sales are likely to go up by 15-20 per cent from last year.

“As the gold prices have increased in this week, we feel it will reinstate the consumer’s faith into the category. This is also the season where consumers mostly buy gold jewellery, which will boost our sales,” he added.