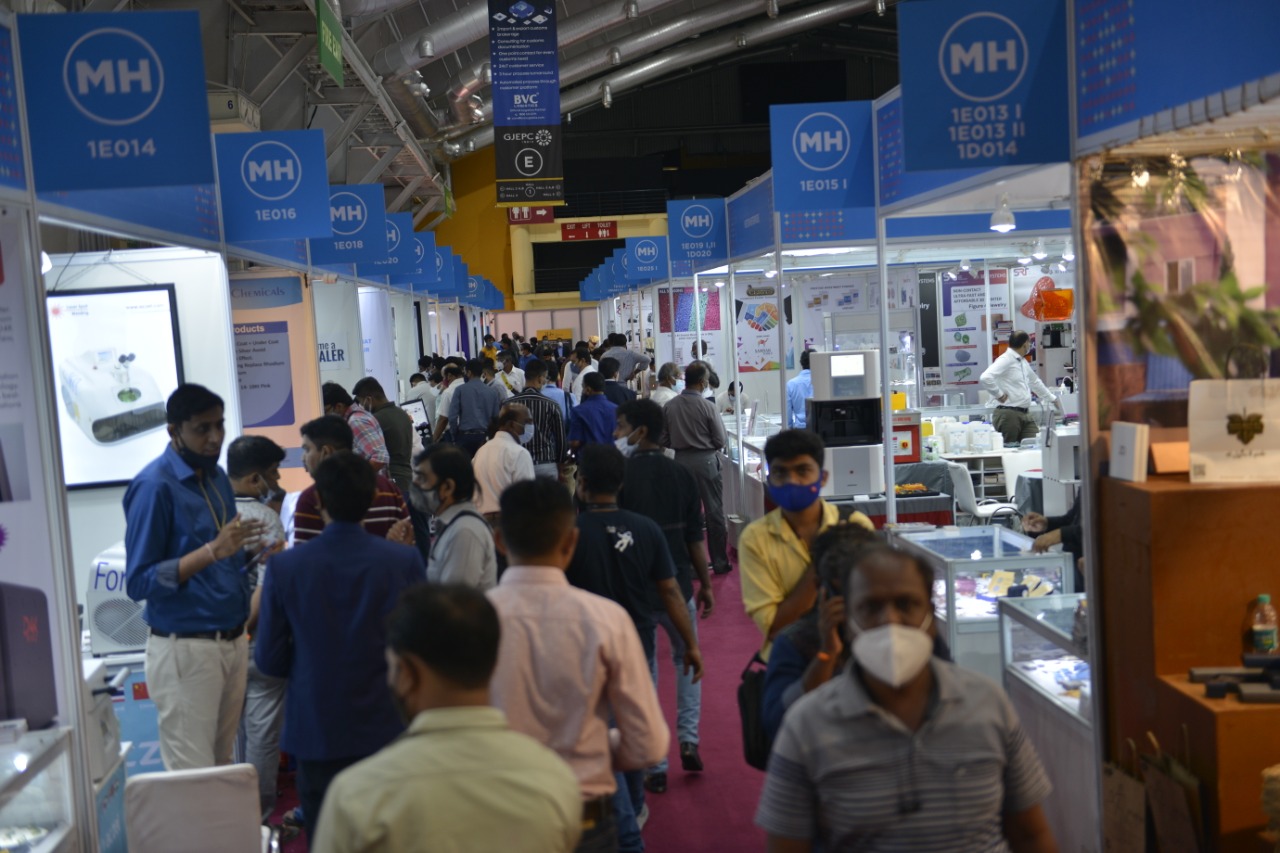 Bengaluru was the only place that fit the bill for GJEPC. Thinking about the safety of each participant, GJEPC zeroed in on the biggest space available for IIJS to ensure that physical distance is maintained. However, a lot of other factors related to logistics and show design determine if the experiment was successful. Here is what the trade has to say about Bengaluru as IIJS venue.

Akshay Jain of Thirumala feels that the benefit of hometown has given the edge to every manufacturer hailing from South. “Almost all serious buyers from South India have visited. New customers have been less here. After Karnataka and Tamil Nadu, we have received the most buyers from Andhra Pradesh. Visitors from UP, Gujarat and Maharashtra have also come,” said Jain, adding that Mumbai still holds the first preference as IIJS venue for the manufacturer.

Amit Shah from Aqua Jewellers said that barring the restriction in trade of 14 carat gold jewellery, the manufacturer received good response from buyers when it comes to 18 carat and 22 carat gold ornaments. “We are getting genuine walk-ins from North and South, but they are less than that of IIJS Mumbai. One issue we faced is the rush of bookings of readymade items. If the dates were fixed a bit earlier, it’d have been easier for manufacturers to serve buyers in time,” said Shah.

Rahul Gupta of Adamas, Mumbai, feels that improvements can be made in reducing the distance of commute to the venue. “Bengaluru’s traffic makes covering a 15-16 kilometer-long distance tough. The distance between each hall is a bit longer for prompt interaction. But GJEPC has done a wonderful job in arranging such a big in-person event at such a short notice,” said Gupta.

Retailer Nawal Aggarwal of Birdhichand Ghanshyamdas Jewellers, Jaipur, also echoes similar concerns about the venue. “The area was too large to cover on foot. Also, we faced difficulties in spotting the desired brand. I couldn’t see a lot of overseas buyers in Bengaluru. Due to the vastness of the area, exiting the facility also took a lot of time. The winning factor is the pleasant weather of Bengaluru that has kept everyone in high spirits.I’d prefer the next premiere to happen in Mumbai,” said Aggarwal.

Sunil Datwani of Gehna Jewellers gave a balanced opinion because of his responsibilities both as a buyer and an exhibitor with a stall at IIJS this time. “There were enough traction of visitors. Under the present circumstances, holding IIJS at such a huge banquet is the right move for GJEPC. Also, meeting buyers physically instead of video calls for such a long time has been great. With markets opening up, all buyers were bullish for readymade inventory. I think that holding IIJS in September instead of August is better,” he maintained.

IIJS 2021 is the most daunting success of GJEPC in its history, say authorities