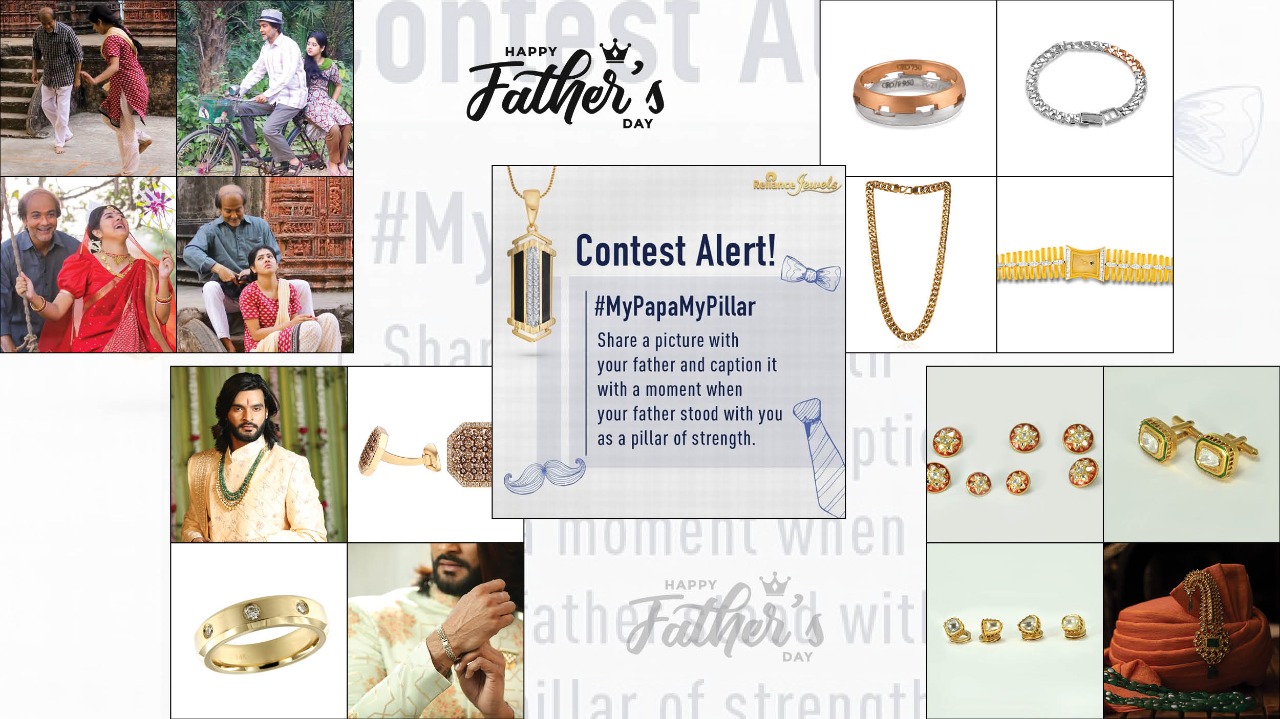 Unsung heroes? Soldiers? Pillar of strength? Yes, there are several names by which we pay respect to the male guardian. But in an industry where women have been the indisputable target audience, Father’s Day has always had a lukewarm response in terms of ad value. But things are changing. Men’s jewellery is becoming hipper and happening, and this Father’s Day, there are a couple of jewellery brands across the country who are making the day memorable for the tireless man.

Several brands from Kolkata have risen to the moment with their collections. Avama Jewellers by Abhishek Kajaria brought out their collection comprising classic diamond bracelets, gold chains and kurta buttons. Indian Gem & Jewellery Creation has launched their ‘Father’s Day collection 2022’, which consists of rings, bracelets, chains, kurta buttons, pendants and statement watches involving platinum, diamond, and gold. brand, Virrayaa Jewellery also came up with their ‘Viyaan’ collection, comprising classy Cufflinks, brilliant Kurta buttons and exquisite Sherwani buttons in gold, polki and enamelling. One thing was for sure. Cufflinks and kurta buttons saw a huge upheaval for the beloved dads.

When asked about how men’s jewellery is getting a fillip from increasing celebration of occasions such as the Father’s Day, Shikha Singhal, founder, Neelima Jewellers, Udaipur, believes that jewellery is designed for a more fearless male customer encouraged to stand out from the crowd. “Demand for men’s jewellery has obviously grown throughout the years and it has happened mostly because of the millennials and the Gen Z, as accessories has become an important part of men’s fashion. Newly married husbands and men from the age group 20-45 prefer to have designs which complement their everyday lives,” she added. With innovation, Neelima Jewellers has created jewellery that can be used by men at weddings and can be stylized as a necklace for women later on for long. While multi-usability remains a driver in such cases, men’s jewellery is increasingly becoming self-reliant in its market demand.

According to Rishu Kr. Gupta, Director, Kasturi Jewellers, Patna, the hike in gold rate during the pandemic has enticed investment across the country, for which a rise in men’s jewellery demand can be seen and Father’s Day is an important occasion to fuel such demand. “Indian fathers like simple designs that create a strong impact. So ring bands, customised watches and simple chains are getting a lot of inquiries ahead of Father’s Day,” Gupta said.

Richa Singh, Managing Director, India and the Middle East, Natural Diamond Council said, “Our fathers are our first superheroes and pillars of support. From being our partners in crime, our style icons and inspiration, to occasionally embarrassing us, dads mean so much to every child. Someone as versatile, one-of-a-kind and strong deserves a special gift. Resilient, timeless and elegant, natural diamonds embody personal connections, precious moments and everlasting memories. Bringing the two together on this Father’s Day makes for the most meaningful display of appreciation for the selfless men in our lives. With more men using jewellery as a form of self-expression, this is the perfect time to gift your dad some exquisite natural diamond jewellery.”

When it comes to promotions, some brands have left a strong imprint on social media on this occasion. ‘Aay Khuku Aay’, a Bengali film starring Prosenjit Chatterjee and Ditipriya Roy, has P.C. Chandra Jewellers, Kolkata as its jewellery partner, for which the brand has got the Bong beauty and the star featured in a quick reel of on-screen father-daughter bonding. The video has crossed 26.3k views at the time of writing this piece. Similarly, Reliance Jewels has started a social media contest titled #MyPapaMyPillar. Participants are to share a picture with their fathers and caption the same with a moment where their fathers stood up as their pillars of strength. Within a day of release, the contest announcement has already received over 2.9K likes on Instagram.

Never have men been so widely praised in an industry built and visualised for women. Such promotional campaigns walk the extra mile to evolve the fashion scene of the country and improve consumption of jewellery as a unisex luxury item.