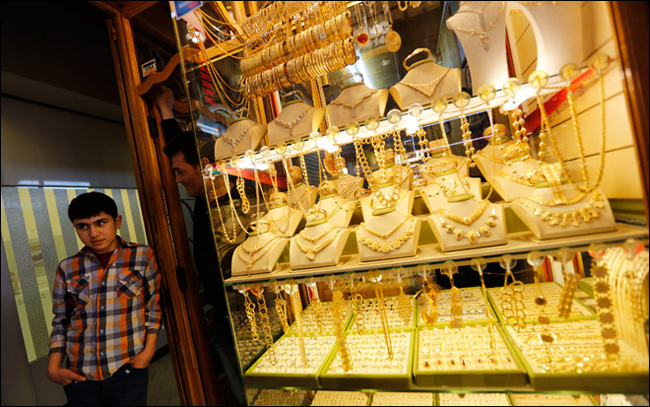 Preference for physical gold, need for demat accounts, lock-in period are all deterrents to the Sovereign Gold Bond Scheme

Indians’ cultural preference for physical gold, coupled with a lack of incentives on the supply side have meant that the Sovereign Gold Bond (SGB) Scheme, launched in late 2015, is yet to take off in any significant way.

The government had announced the SGB scheme in November 2015 in an effort to wean people away from purchasing physical gold and encouraging them to buy gold bonds instead. The idea was to help reduce the quantity of the yellow metal imported every year, thereby reining in a rising current account deficit.

Instead, gold imports have remained at elevated levels. India’s total gold imports stood at 968 tonnes in 2015-16, the year the SGB scheme was introduced. It fell to 780 tonnes the next year but rose again to 955 million tonnes in 2017-18, according to CMIE data. The latest data from the Ministry of Commerce shows that gold imports in the April-December 2018 period stood at about 750 tonnes.

The SGB scheme, and the other gold schemes the government had introduced, such as the Gold Monetisation Scheme, have all fared fairly poorly compared with their targets over the years. Budget data and information provided to the Lok Sabha shows that the government’s gold schemes in total earned ₹3,451 crore in 2016-17, the first full year of their implementation. The following year, they earned a paltry Rs 1,894 crore against a budgeted ₹5,000 crore.

The government had estimated it would collect Rs 5,000 crore each in 2018-19 and 2019-20 but experience has shown that the actual collections have invariably been lower.

Some analysts said the poor response to the SGB scheme is because people prefer physical gold, while others argued that the design of the SGB Scheme is faulty and so, people are not attracted towards it.

“You have to look at it from the perspective of the buyer,” said Arvind Sahay, chairperson, India Gold Policy Centre, IIM Ahmedabad. “If I am an individual, I have the option of putting my money in a fixed deposit, corporate bonds, equity, mutual funds, exchange traded funds, liquid funds, and also the option of buying a gold bond.” There is no ‘must-have’ reason, to buy a gold bond, he said.

“Until it reaches a stage where people consider it a necessary part of their asset allocation, the demand for gold bonds will not increase,” he said. “From the supply side, there has to be a push from the people selling the bonds, be it the government or authorised dealers. On both sides, there has been insufficient motivation to get gold bonds and other gold-related products to some scale.”

Demand for gold in India is primarily in the form of jewellery. The argument is SGBs don’t provide an alternative to that but only to those looking for investment options.

“Most investment in gold is done by Indian women,” said Anantha Padmanabhan, chairman, The All India Gem and Jewellery Domestic Council. “It is a status symbol. When it comes to SGBs, this provides another option for those who are investing in equity, ETS, etc. Physical demand is not shifting to SGBs. That is not happening and can’t happen in a country like this. A common Indian will like to see physical gold and won’t trust the paper.”

“You have to understand buyer behaviour,” Mr. Sahay added. “Every year, you have close to 800 tonnes of consumption of gold and 60% of that is as jewellery. And about 70% of this 60%, about 340 tonnes, is bought as wedding jewellery. The second large part of jewellery purchases are gifts outside of weddings. Now, this too will not be bought as bonds.”

Apart from buyer behaviour, the other factor dissuading people from buying gold bonds is the method of purchase and the lack of education about the procedure and the benefits of gold bonds over physical gold.

“I don’t think the SGB Scheme has been very successful primarily because penetration of demat accounts is still not enough,” Rachit Chawla, founder and CEO, Finway Capital, an investment advisory and wealth management firm, said. “Either you need a demat account to buy, or you need to do KYC to buy through a fund house. People think that buying a SGB involves a lot of formalities and is very difficult.”

The reality, however, is different, he explained. Once obtained, demat accounts allow the person to buy gold bonds at the click of a button, and the KYC procedure is also not onerous and can be done online.

“But education is missing not only to the extent of how easy it is to invest, but also [as to] what advantages gold bonds have over physical gold,” he said. “There are festivals where people buy gold out of emotion. If they can be educated that buying a gold bond is the same as buying a gold coin, that will have an impact. They are safer and highly liquid; our CAD will also come down.”

The third set of problems with the SGBs is the way the scheme is designed, since it not only does not allow the purchase of gold on tap, but it also comes with a lock-in period post-purchase.

“The first issue with the scheme is the non-availability on tap,” Chirag Mehta, senior fund manager, alternative investments, at Quantum Mutual Fund, said. “If somebody wants to buy gold, they want to buy it at that particular time itself. That is possible in SGBs only when buying through exchanges. The issue also is that there is a lock-in for five years before which the bonds cannot be redeemed.”

The consensus view is that the aim of the Sovereign Gold Bond scheme — to divert people away from physical gold — is pretty much doomed from the start because of Indians’ cultural affinity for gold jewellery. That said, there are a number of changes such as removing the lock-in and allowing gold bonds to be sold on tap that the government can do to at least spur the scheme on from where it is languishing at present.