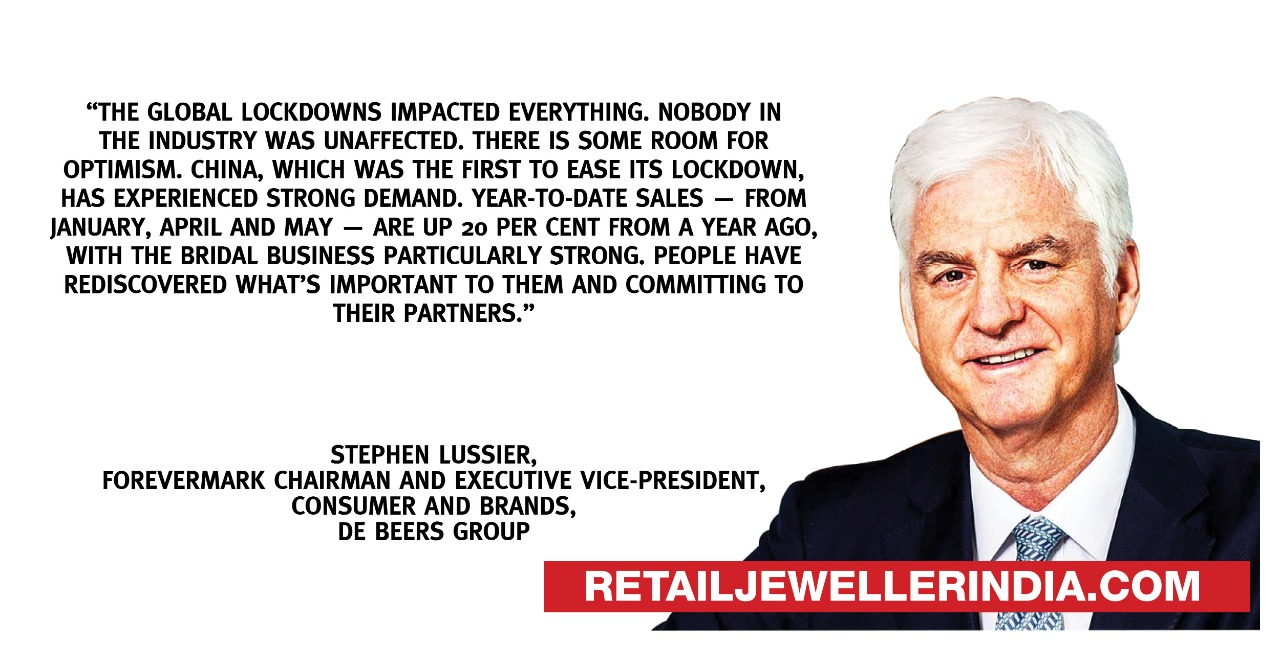 When Kenneth Monahan, a financial analyst in New York, got down on one knee to propose to his girlfriend on a Delaware beach at dawn earlier this month, he presented her with a fake diamond ring. With jewellery shops closed because of the lockdown, he said: “I’ll sort out the full ring when the madness ends.”

For many consumers, a diamond ring is a big financial — and emotional — investment, one that they are loath to make online, where it is harder to assess the cut and the clarity. With malls and jewellery stores shut during the coronavirus lockdowns, the $80bn diamond industry has ground to a halt.

From the diamond mines of South Africa and the polishers in India, to the grading of stones in Antwerp and retailers in London’s Hatton Garden and New York’s Diamond District, each stage of the diamond value chain requires close personal contact and human handling. As a result, the industry has been hit hard by the coronavirus crisis.
“[The global lockdowns] impacted everything. Nobody [in the industry] was unaffected,” said Stephen Lussier, the head of consumer and brands at De Beers, the diamond group.

The pandemic struck at a time when the diamond industry was already struggling with competition from synthetic lab-made diamonds and a glut of smaller, lower quality stones. Sales rebounded soon after the 2008 financial crisis but with a global recession looming, there is uncertainty over how the luxury industry will fare. While the lockdown restrictions are easing, operations are only slowly returning to normal.

At the top of the supply chain, miners have been badly affected, with analysts expecting consolidation among the weaker producers. Alrosa, the world’s largest producer of rough diamonds, said last week that first-quarter net profits fell almost 90 per cent and announced plans to curtail production at its huge Lomonosov mine in Russia. De Beers, the second-largest miner, said it would now produce between 25m and 27m carats of diamonds this year, down 20 per cent from its prior forecast.
“It’s an unprecedented situation for the industry,” said Richard Hatch, analyst at investment bank Berenberg.
The flow of diamonds through the supply chain has seized up and De Beers last month cancelled a major sales event in Botswana. The industry was hit by lockdowns in India, when about 200,000 migrant diamond workers in Surat — where most of the world’s diamonds are cut and polished — left the city.

Many workshops have slowly started to reopen but those in Surat are operating at about 25-30 per cent capacity, with Mumbai’s Bharat Diamond Bourse, one of the world’s top trading hubs, at 10 per cent. The grading of the stones in Antwerp and other diamond centres largely stopped.

Sanjay Shah, a diamond convener at India’s Gem and Jewellery Export Promotion Council and a manufacturer, said the industry was hoping to fully reopen before the end of the year. In the US, which accounts for almost half of global diamond sales, about a third of annual revenues are generated in November and December. “It’s a very dicey situation,” Mr Shah said. “You can’t predict what’s going to happen three months or six months later.”

There is some room for optimism. China, which was the first to ease its lockdown, has experienced strong demand, according to industry executives. Year-to-date sales — from January, April and May — are up 20 per cent from a year ago, with the bridal business particularly strong, according to Mr Lussier. “People have rediscovered what’s important to them and [are] committing to their partners,” he said.

Anish Aggarwal, co-founder of consultancy Gemdax, warned that what was harder to gauge “at this stage is whether this is a sustained rebound or so-called revenge buying”, referring to the post-lockdown rebound spending binge on luxury goods in China. Gemdax forecasts that global diamond demand will fall more than 25 per cent this year compared with last year.

With 90 per cent of diamond jewellery bought at physical stores rather than online before the pandemic, jewellers must develop their online services if they want to survive, said Martin Rapaport, founder of the world’s largest diamond wholesale trading platform. “The crisis is forcing the diamond and jewellery industry to reinvent themselves,” he said.

Falling demand has hit wholesale polished stone prices, down more than a tenth from a year ago. It is unclear how much of that will be passed on to the retail market. Monahan’s new fiancée accepted his proposal, posting a picture of the happy couple on social media with the fake ring on her finger. She will receive a real ring, Monahan said, but it “should be purchased in a process that is more tactile and personal”.