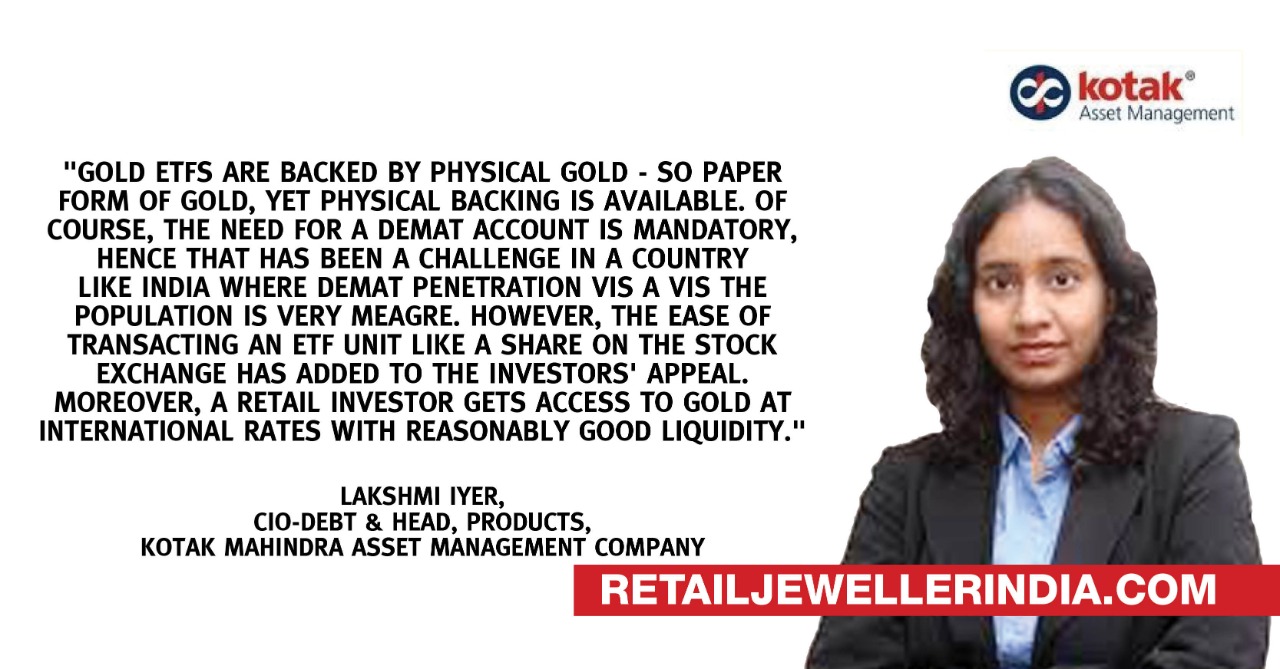 Gold has no doubt been the uncontested Student of the year in 2019 with a shining return of 24% annualised which renders financial assets pale in comparison.

Gold has no doubt been the uncontested Student of the year in 2019 with a shining return of 24% annualised which renders financial assets pale in comparison. The uncertainty across the world emanating from Covid19 has unnerved the financial world. Central bankers across the world have tried to combat this medical emergency via a series of monetary measures – rate cuts, liquidity infusion, direct bond buying etc. The lockdown situation in most parts of the world has seen a sharp slowdown in discretionary spending. We have also seen sharp corrections in commodity prices. This has emboldened the central bankers to inflate their balance sheets and pump in liquidity as inflation is not a worry for now.

What then answers such parabolic moves in gold?

Well gold as an asset class is deemed to be an inflation sniffer. The excesses created by central bankers today would most likely leave a trail for higher inflation later – albeit with a lag. Also the printing press program unleashed by few central banks would mean diminishing value for the currency in times to come. Gold cannot be printed…it has to be mined – which is an arduous task. It is not left to the whims and fancies of any central banker. Thus it has rightfully earned its position as being ‘invincible’.

So now when one wants to own gold – key question is how?

This data shows the fetish for gold is so high that preference for physical gold is preferred even for investment demand! Reason is very clear. People want to touch and feel the gold they own. The scenario is no different when it comes to India consumer patterns. Infact, India and China are the two rapid gold guzzlers and they compete for the top slot!

For Indian gold consumers / investors, now there are a plethora of options to choose the mode of participation in the yellow metal. Till about a decade back, gold bars, coins, jewellery were the only popular forms of ownership. Gold ETFs were introduced in India around 13 years back in 2007. Since then, we have seen gold fund of funds and more recently sovereign gold bonds too as a means to own gold as part of one’s portfolio.

Gold ETFs are backed by physical gold – so paper form of gold, yet physical backing is available. Of course, the need for a demat account is mandatory, hence that has been a challenge in a country like India where demat penetration vis a vis the population is very meagre. However, the ease of transacting an ETF unit like a share on the stock exchange has added to the investors’ appeal. Moreover, a retail investor gets access to gold at international rates with reasonably good liquidity. As on April 30th 2020, the total AUM in Gold ETF stood at INR 9200 crore with over 560,000 folios. Given the size of the MF industry and the huge Indian population, these numbers look quite dwarfed. However, given the deep rooted traditional beliefs with respect to physical ownership of gold, some progress isn’t that bad. Then there are gold fund of funds too which invest in gold ETFs. This is a great option for investors seeking non-physical gold ownership and do not own demat accounts as well.

Outlook for gold remains favourable going forward despite the huge run up we have seen. It may be natural to see some intermittent consolidation along the way. Gold should form part of risk cover to one’s investment portfolio, hence focus should not be much on return potential from this asset class. When there is chaos, gold acts as the ‘safe harbour’ ensuring the necessary stability on one’s portfolio. So go ahead and own gold till such time you have exposure to financial asset classes like debt and equity. Such ownership should be tail ended in the region of 5 – 15% of your total investment books. Like I said, average Indian ownership of gold knowingly, unknowingly could be well above that. Never contemplate substituting gold with financial assets – it should be a complementing strategy.

With almost 5 months into the calendar year 2020, gold ETFs so far have returned over 22% annualised, well maintaining its momentum even now. Does this make for gold to be the Student of the year – 2? Well, time will tell its own tale. Until then, focus on asset allocation and don’t let greed drive you investment choices