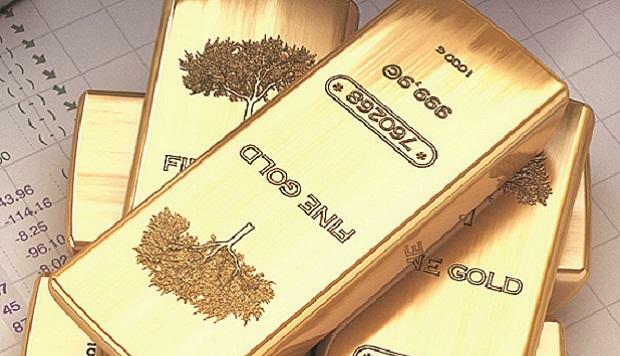 A sudden reversal in gold price, which went up nearly Rs 1,000 on Wednesday, has again given rise to hopes that the yellow metal would soon touch the Rs 50,000-mark (per 10 gram).

In Mumbai’s physical market on Wednesday, gold prices had risen after the US Federal Reserve announced one of its steepest cuts of 0.5 per cent in interest rate on Tuesday evening to provide stimulus to the economy.

Analysts, who are hoping for another rally, however, say that, “though the journey towards that level may not be easy, the current coronavirus epidemic may actually make that happen”.

Despite some correction in India as well as globally, gold price outlook looks quite bullish now.

Market experts see a return of 16 per cent or more from the current rate in a year’s time. However, for that to happen, it has to cross the previous all-time high of $1,900 seen in 2011.

“Gold has a fair probability to reach $1,900 by the year-end if coronavirus worsens, the central banks act aggressively and there is a slow decline in stock markets,” said Nigam Arora, an expert who is also the author of the Arora report. What he said has started happening.

Gaurav Rastogi, chief executive, kuvera.in, said, “Our analysis of the past several decades of gold price movement has shown that the market cycle for the yellow metal is 8-10 years.”

This means that, if in the last bull run, price rises 6.5 times, another 20 per cent rise is very much possible. Even $4,200 per ounce for international gold during this bull cycle, as projected by Chris Wood of Jefferies, also can’t be ruled out.

However, the initial phase of the gold bull run will certainly not be smooth and volatility will be there. Arora said, “If stock markets decline at a fast pace, investors sell whatever they can, including gold, to meet margin calls and other compliance rules.” Such selling and profit booking was seen last Friday and may be seen again. If gold rises, will silver follow? Gold-to-silver ratio reflects strength of silver in comparison to gold as a precious metal. The ratio presently is 94-95. Historical data shows that this is not a sustainable level and ratio will correct from here. This means silver should outperform gold. But over 50 per cent silver is used in industry, which is passing through a bad phase. If that part improves, silver can outperform gold.

But Arora said that it may take time. He added, “Under the foregoing scenario, silver may not do as well due to its industrial use. However, silver is susceptible to a short squeeze which can cause a major rise quickly.”

As of now, gold bonds have proved the best among all forms of investments of the yellow metal. Sovereign gold bond (SGB), first launched in November 2015, has outperformed gold in terms of returns if interest paid on that at 2.5 per cent is considered.

Return in the yellow metal price for physical gold was 38 per cent for investment made in FY19 and 62 per cent in FY16. But considering 2.5 per cent per annum on SGB, annual returns is much higher. For issues in FY16, returns is almost 69 per cent.

Rastogi said his firm recommends investors to have 10-20 per cent investment in gold, preferably sovereign gold bonds, subject to their goals and age as well as income profile. He said: “We like gold allocation in a portfolio for two primary reasons. It is a positive yielding asset which acts as a hedge against rupee depreciation. Moreover, in times of crisis, it has a negative correlation with equity markets. It acts as a portfolio hedge when it is most needed. Thus, we recommend 10-20 per cent allocation in gold.”