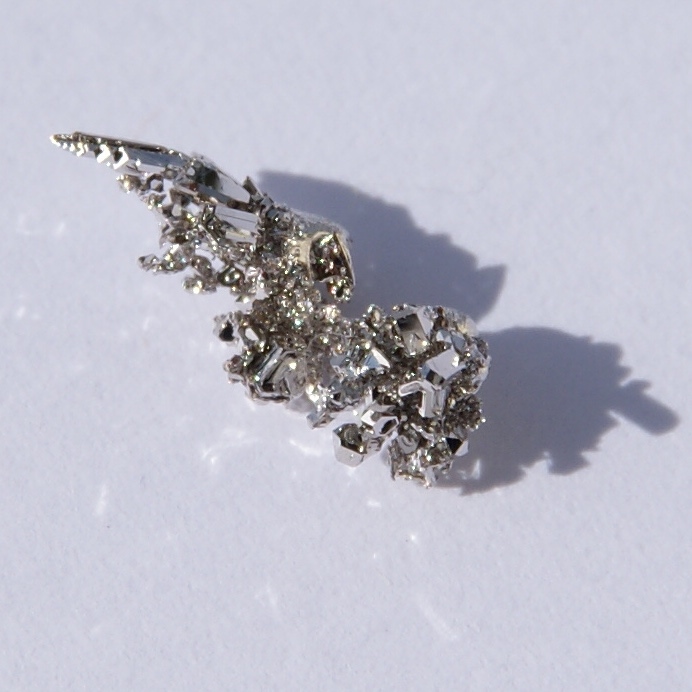 The price of palladium, a precious metal 30 times as rare as gold, has risen by more than 50% since August, surpassing the price of gold for the first time since 2001. This week the price of 1 ounce of palladium topped $1,400, while platinum dipped under $800, and gold hovered just above $1,300.

Palladium is in the platinum family of metals, and jewellery connoisseurs know it as an alternative to gold or platinum.Its catalytic properties also make it hugely valuable to the automotive industry. More than 80% of palladium is used for catalytic converters, the New York Times reports. Those devices, installed between the engine and the tailpipe, convert as much as 90% of the hydrocarbons, carbon monoxide, and nitrogen dioxide in automobile emissions into less harmful nitrogen, carbon dioxide and water vapour.

As China and developing countries enforce stricter auto emission limits and diesel cars are phased out, these properties are also becoming more in-demand than ever.Another reason for its growing value is the simple fact that palladium deposits are rare, with major mines in Russia, South Africa, Ontario and Montana. Overall, it’s estimated about 110,000 tons of platinum-group metals are held in reserve around the world, with nearly 70,000 tons held in South Africa. This means that recycling is an important source for the metal, with about 121 tons of platinum, palladium, and rhodium recovered globally from scrap in 2017, USGS reports.

With the price of palladium skyrocketing, that’s led to a rise in brazen thefts of catalytic converters, the Wall Street Journal reports. A Toyota Prius converter has about 2 grams of harvestable palladium, which can fetch about $450 at a scrapyard.

“We’ve had three different sets of parking lots hit, and they usually get four or five vehicles each time,” police Lt. Chuck Nagle in Vestavia Hills, Ala., told the WSJ. “They’re usually taking them out of state and getting anywhere from $150 to $200 at a clip. … They’re not selling the part. They’re selling the metal.”

Mining urban resources in the form of recovering precious metals from scrapped cars and electrical waste makes good sense, but it’s obviously preferable for such mining not to happen on the streets, on your car. (Remember the rampant copper thefts of the recession?)

Related Topics:Goldpalladiumprecious metal
Up Next