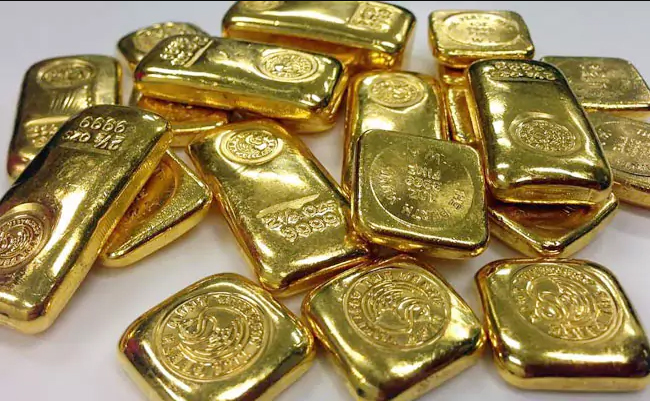 Gold prices jumped by Rs. 170 to Rs. 31,820 per ten gram owing to a strong local demand ahead of the wedding season. A positive global trend also lifted buyers’ sentiment, said traders. Gold prices also gained because of a discount being offered by jewellers to attract buyers, said a report by news agency Reuters. However, silver prices remained weak and the white metal fell by  Rs. 580 to Rs. 39,380 per kg, according to a report by news agency Press Trust of India.

2. Sentiment remained firm on the back of a higher trend overseas as the dollar weakened, raising demand for gold as a safe haven, said traders.

3. Besides, pick-up in buying by local jewellers to meet the ongoing wedding season demand at domestic spot market supported the uptrend in gold.

5. Dealers in India offered  a discount of up to $3 an ounce on Friday over official domestic prices, compared to a premium of $1.50 last week, said the Reuters report. Discount on gold was offered this week for the first time in three weeks as demand for the yellow metal slumped earlier due to a jump in local rates.

6. Gold imports in January dropped 37 per cent from a year ago to their lowest in 17 months.

7. Gold demand in the country was likely to remain below its 10-year average for a third year in 2018 as higher taxes and new transparency rules on purchases were expected to cap last year’s rebound in buying, the World Gold Council said this month.

8. Demand in the rest of Asia picked up in the first half of the week as people bought gold ahead of Lunar New Year. Gold prices edged higher on Friday, heading for their biggest weekly percentage gain in nearly two years.

10. In Japan, gold was sold in a range at par with the benchmark and a 10 cent premium as demand rose after yen strengthened in the week, a Tokyo-based trader said.