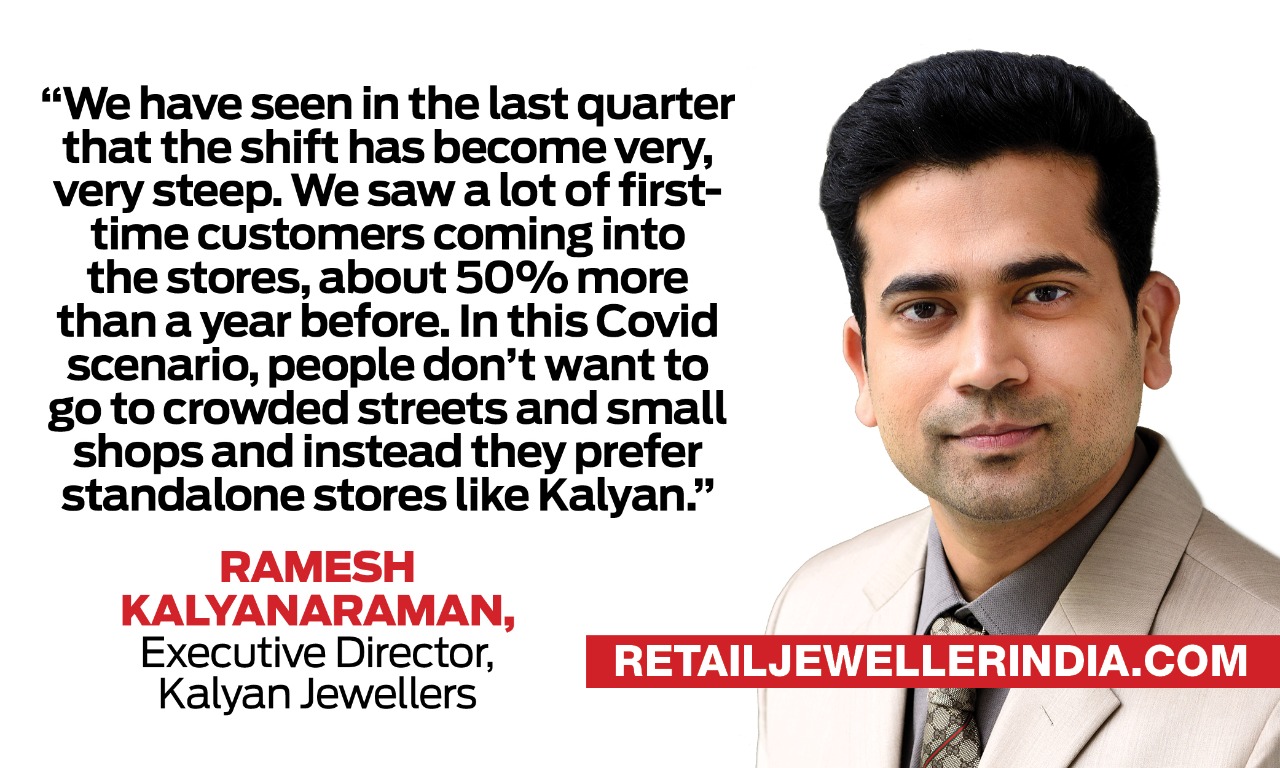 While buyers have been slowly shifting away from the thousands of family-run jewelry shops that control the bulk of the world’s second-biggest gold market, the pandemic has sped up the process, according to Ramesh Kalyanaraman, executive director at Kalyan Jewellers India Ltd.

“We have seen in the last quarter that the shift has become very, very steep,” he said in an interview. “We saw a lot of first-time customers coming into the stores, about 50% more than a year before. In this Covid scenario, people don’t want to go to crowded streets and small shops and instead they prefer standalone stores like Kalyan.”

India has been reeling under a deadly second wave that has overwhelmed its medical infrastructure and lifted its official Covid death toll to more than 318,000 — a figure that experts say is likely a significant undercount. That has led to some states restricting economic activity and mobility, unlike last year when Prime Minister Narendra Modi announced a nationwide lockdown, bringing the country to a standstill.

Demand for gold slumped to a more than two-decade low last year although it bounced back in the first three months of 2021 on softening gold prices and a sharp pick-up in economic activity. The change in buying behavior and resilient wedding-related purchases boosted Kalyan’s profits by 54% in the January-March quarter.

The company, which counts Warburg Pincus LLC and the Singapore government as investors, raised $158 million in an initial public offer in March, one of the biggest share sales among Indian jewelers.

“The shift to national and regional brands is clearly on the rise as consumers get more comfortable and feel secure in terms of quality, which is still a problem with the unorganized sector,” said Gnanasekar Thiagarajan, director at Commtrendz Risk Management Services. Concerns by consumers are also prompting smaller jewelers to accept new government rules on quality standards to try to retain their customer base, he said.The government’s efforts to bring the country’s informal economy to book through measures such as increased digitization, a goods and services tax and stricter quality standards have improved the market share of established chains like Tata Group’s Titan Co., Kalyan and Malabar Gold & Diamonds.

About 60% of Kalyan’s domestic stores are located in south India. The Kerala-based jeweler plans to add a dozen more stores in the country this year as it remains optimistic on a demand recovery despite the second wave of the pandemic. It also expects the shift to chain stores to lead to higher revenue along with its plan to open more stores outside of southern India.

While the scenario is different this year with only localized lockdowns “the fear factor is much higher because we see a lot of people dying,” Kalyanaraman said. “But we have an advantage of experience as we faced this kind of crisis last year, we have a strengthened our balance sheet post our IPO, and the way revenue came back last year, we know that demand cannot go away, it can only move to different quarters.”