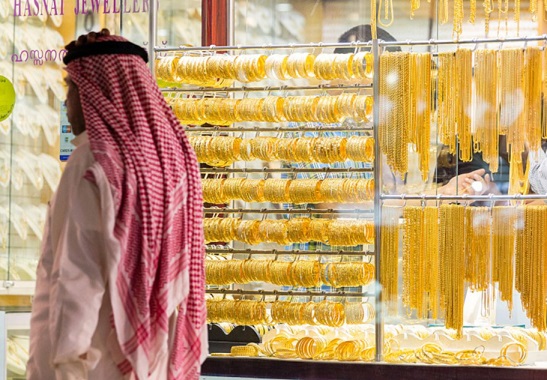 Demand for gold jewelry in the United Arab Emirates plummeted in the first quarter, and traders say they know the culprit: the value-added tax.

Wholesale gold jewelry sales in Dubai, sometimes known as the City of Gold, fell 50 to 60 percent in the first quarter from a year earlier after VAT began on Jan. 1, according to Chandu Siroya, vice chairman of the industry association Dubai Gold & Jewellery Group. Dubai’s historic souk marketplace of mostly jewelry traders even has space available for the first time in years, he said.

Gold demand in the U.A.E. hasn’t recovered since the 2008 global financial crisis, and dropped to a 20-year low in 2017, according to the World Gold Council. The country, dominated by expats, sells most of its gold products to foreign jewelers, a proposition that became costly and cumbersome with the introduction of the tax this year.

VAT is “dampening the market,” Siroya said at a gold conference in Dubai Monday. “Sales stalled and it will take time until people understand they will get a refund when they leave. Dubai isn’t a consumer market, it’s a global distribution center.”

The new tax rebate process is marred by inefficiencies, he said, turning what was once a simple trip for an Indian trader to buy inventories from Dubai into a bureaucratic nightmare. Industry professionals are lobbying the government to streamline the rules to help revive sales, he said.