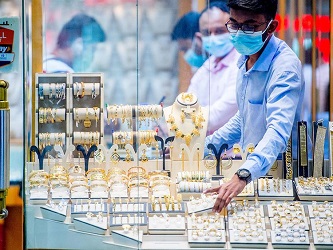 Dubai: The UAE’s gold and jewellery industry is to see its biggest reforms ever, with the UAE Government set to enforce new standards to ensure greater transparency in how the sector operates. There will now be a special committee to oversee the industry’s activities, while a database will be prepared listing all the players directly – or even indirectly – involved in the handling of gold.

More important, there will also be the introduction of a ‘UAE Good Delivery Standard’, which will have a significant bearing on local gold refiners and the wider trade in the metal. The Standard, according to industry sources, will clearly define how bullion should be sourced and used by local refiners and anyone involved in the business.

The UAE has multiple refineries, mostly operated by private entities. Much of what they bring out ends up as exports.

“Once put into practice, this will immediately raise the level of transparency across the gold trade, including refining,” said an industry source. “We are not talking about minimum standards – the latest UAE Government policy on gold and jewellery goes well beyond that.

“This is on par with just about all the updated international standards in place for the gold business.”

It was just over a year ago that the gold trade in the UAE was elevated to the status of a high priority industry, and the federal government announced that it will be working to raise the profile of the country as one of the global hubs for gold/jewellery. The reasons are amply clear – gold represents nearly 30 per cent of the country’s non-oil exports.

Dubai with its status as the ‘City of Gold’ remains the focal point of the region’s gold trade. But change has been coming to the industry, and with it, the need for optimum transparency in the sourcing, usage and distribution of gold.

“Such transparency will also help UAE/Dubai to compete with other regional centres that aspire for a piece of the action,” said an industry source. “With the UAE Good Delivery Standard, the country will raise its benchmarks.”

The global diamond trade already operates under stringent rules regarding sourcing, with the “Kimberley Process” preventing any precious stones coming from conflict-ridden countries or zones to be traded.

The gold market too has its own checks and balances, whereby everyone involved in these transactions can trace all aspects of its origin. “The global bullion market is moving towards greater transparency, led by government initiatives and industry groupings such as the LBMA,” said a precious metals trader. “Across every industry, the ESG (environmental, social and governance) movement is becoming influential, and that’s why every effort must be taken to encourage best practices.”