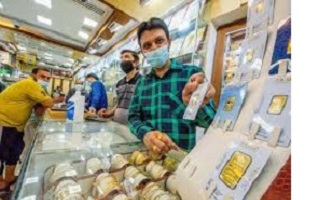 Dubai: UAE shoppers rushed to gold and jewellery stores over the weekend – and it’s a good thing they did as Monday sees prices moving up again. On Friday and Saturday, local gold prices were below Dh200 a gram – the first time since June of 2020.

The Dubai Gold Rate for 22K was at Dh197.50 a gram as international bullion prices slipped below $1,750 an ounce. Those rates were enough to prompt some heavy buying activity over the last 48 hours.

But on Monday, Dubai Gold Rate was set at Dh199.25 a gram after gold reversed some of last week’s decline. (On August 6 last year, the local gold rate reached its highest point at Dh235.)

“It did lead to increased buying, one of the busiest weekends since the Diwali-related gold shopping in November last,” said Abdul Salam K.P., Executive Director at Malabar Gold & Diamonds. “UAE shoppers are waiting for certain price levels to pick up on their buying – Dubai Rate dropping below Dh200 a gram after months well above that level was one trigger.”

Shoppers who were hoping to see whether the drop would continue past the weekend will be disappointed. On Monday (Match 1), gold was again back to reclaiming some of the value. It’s now at $1,754 an ounce plus after rising more than $20 in the first-half of the day.

“What’s most encouraging is that UAE shoppers are returning to gold each time the price turns in their favour,” said Salam. “And even when retailers do not have any major promotions going on, which was the case over this weekend.”

The next big promotion in the jewellery trade will be in May, during ‘Akshaya Trithiya’, when Indians consider auspicious to buy gold.

Last weekend, shoppers who made a return to UAE’s gold and jewllery shops were looking beyond VAT-free coins. Many used the opportunity of the price dropping below Dh200 a gram to stock up on heavier purchases such as necklaces and bangles.

“The temptation now among shoppers is to use their spare funds to save in gold,” said Cyriac Varghese, General Manager at Sky Jewellery. “The biggest demand was coming from those residents who were planning to fly back to their home countries once the school season comes to an end.”