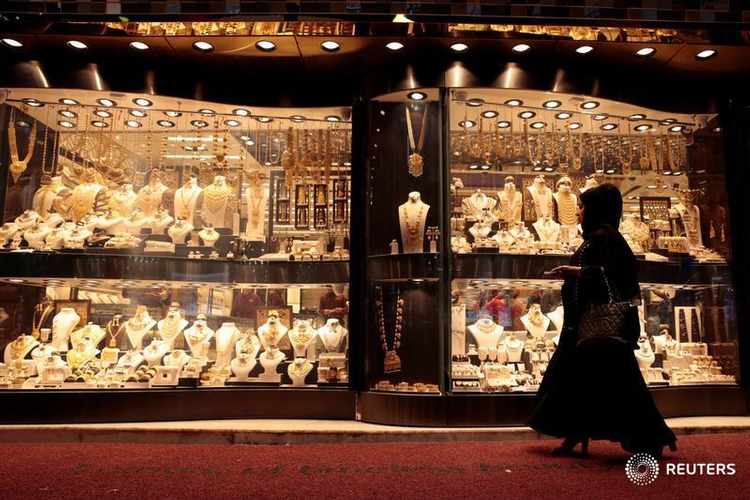 Sales of gold jewellery in the UAE have plunged by up to 85 percent due to the pandemic and have yet to pick up even after the local economy reopened, the top official of an industry group told Zawya.

Soaring bullion prices, recession fears, layoffs and lack of tourist traffic were blamed for the massive fall in consumer purchases.

As of March, gold jewellery demand dropped by 39 percent to a record low of 325.8 tonnes, according to the World Gold Council (WGC).

“Now, the shops are open, but customers are still missing. The jewellery sales at the retail level is very slow because there are no tourists. The gold price is also at its highest right now [and there are people losing jobs and those who fear of getting laid off],” Chandu Siroya, vice chairman of the Dubai Gold and Jewellery Group (DGJG) told Zawya.

“Gold jewellery, as well as diamond, being a discretionary purchase, is the last thing on people’s minds, [especially] when they are in trouble,” he added.

The jewellery trade in the UAE, known for its gold souks and competitive prices, is dependent on tourism. International tourists from countries like India, for instance, visit jewellery stores in droves, particularly when prices drop or during special occasions.

According to the WGC, the pandemic has been the major factor behind the slowdown in gold demand worldwide. The demand in the first three months of the year fell to lowest on record, led by a 65 percent decline in China the largest jeweler consumer and the first market to succumb to the outbreak. In the Middle East, jewellery demand was down 9 percent year-on-year at 42.9 tonnes.

“The coronavirus outbreak, which swept the globe during the first quarter, was the single biggest factor influencing gold demand,” the WGC said in a report.

Between May and June, when businesses have already reopened, retail sales in the UAE were about 80 to 85 percent lower compared to the same period last year, according to SIroya.

With sales at record low, jewelers have been forced to cut operational costs and negotiate with landlords for rental discounts to stay afloat. Others are believed to have sold some of their gold stocks to the banks, to boost cash flow.

“We reduced [the number of] our employees in the sense that whoever was on leave [or out of the country] we told them to remain on leave. We are also doing work rotation. We asked some staff to stay at home, but everyone remains employed. They’re getting paid as well, but we have reduced the salaries a little across the board,” said Siroya, who owns some jewellery stores in the UAE.

He said, unlike other businesses who have some cash flow issues, Siroya said they’ve been fortunate enough to keep their workforce intact.

“We have some spare funds. So, up to now, we are okay, but I don’t know how long we can hold on. [At least] the banks and everybody is supporting us,” he added.

Siroya said it would take at least a year for the industry to recover from the current crisis, as it would take time for tourists to feel confident again about flying.

“[Even with the reopening], tourists will be afraid to travel. Nobody wants to travel because when they go back to their countries, they will be subject to quarantine again” said Siroya.

“Having said that, I believe that Dubai is one of the safest places, so we stand a much better chance of restarting [the economy] compared to other countries because the health and government authorities have been very proactive in putting coronavirus under control. Confidence will return faster when it comes to travel to Dubai,” said Siroya.