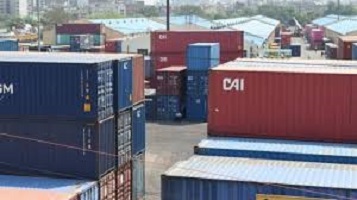 Exporter associations have written to the Ministry of Commerce about Hong Kong and Chinese Customs holding back export consignments from India.

Exporters in India are worried as China and Hong Kong Customs are holding back export consignments from India amid tensions between the two countries in eastern Ladakh.

Hostility as a result of the military standoff between India and China has now infiltrated the economic corridors in both countries. This comes at a time when calls to boycott Chinese goods are increasing with every passing hour across India.

Exporter associations have written to the Ministry of Commerce about Hong Kong and Chinese Customs holding back export consignments from India.

Documents assessed by India Today show exporters in their communication with the Ministry of Commerce highlighted that Customs is physically examining all imports from China which has led to delay in clearance which is adding to the cost of imports.

Exporters say there has not been any official communication on the delay of clearance but a physical examination of each container is leading to piling imports. Containers from China are stuck in Mumbai and Chennai but officials say there isn’t an official order regarding the same. The containers have been held up and parked at isolated docks for now.

In addition to pointing out the delays, exporters have also requested the Ministry of Commerce to take up the issue with the CBIC (Central Board of Indirect Taxes and Customs). If no such instructions have been given to Customs, CBIC should issue a denial so that the matter is communicated to the respective importers in China and Hong Kong in order to allow them to take it up with their Customs.

Officials from the Union Ministry of Finance told India Today that some containers might be held up on the basis of intelligence input and risk assessment, which is a routine and ongoing exercise. Holding containers or consignments on the basis of security alerts until they are formally cleared is an established practice.

Given the tensions between India and China along the Line of Actual Control (LAC), many believe this to be the reason behind the delay in import and export clearance. However, the Government of India maintains that these delays have nothing to do with recent developments in eastern Ladakh.

Will the gold price rise dampen India’s love for the yellow metal?