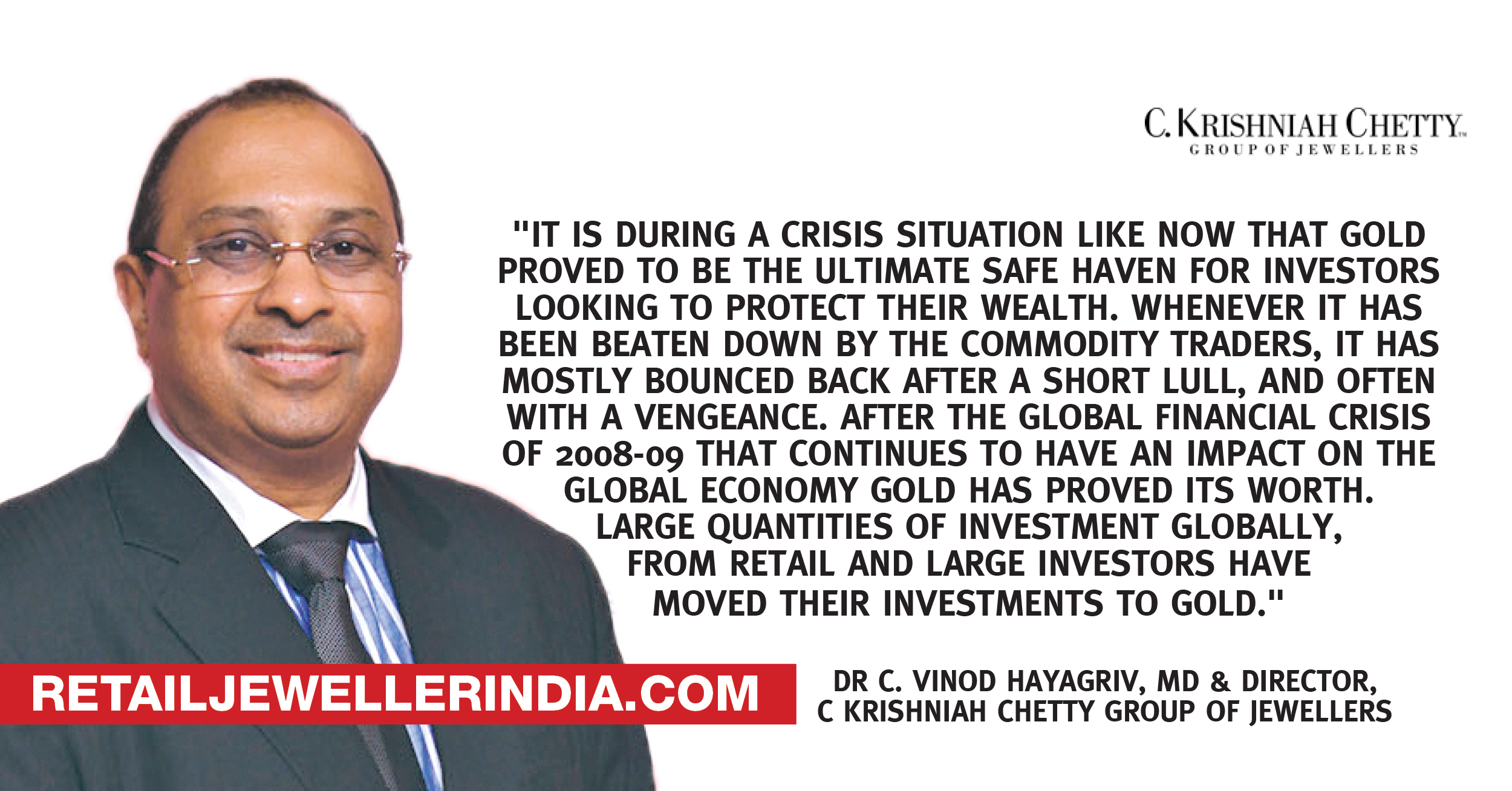 Gold has been a store of value for thousands of years since the start of human race. It was then a medium of exchange in barter deals and today it is gold banking by central banks. Thus, it has remained the favourite investment option across cultures, communities and countries and through the ages., Economic Pundits affirm that Gold will be around for a long time to come.

It is during a crisis situation like now that gold proved to be the ultimate safe haven for investors looking to protect their wealth. Whenever it has been beaten down by the commodity traders, it has mostly bounced back after a short lull, and often with a vengeance. After the Global Financial Crisis of 2008-09 that continues to have an impact on the global economy gold has proved its worth. Large quantities of investment globally, from retail and large investors have moved their investments to gold.

From a peak of $412 per ounce for gold, in 1996, in August 1999, gold fell to a low of $251.70 on worries about central banks reducing their gold reserves and mini-companies selling gold in the forward markets to protect against the falling prices.

Yet again, the current pandemic wrought about by the nCoronavirus or CoViD-19 has had a debilitating effect on the global economy, depressing all asset classes, but the yellow metal has come out shining proving beyond doubt that gold is indeed the ultimate asset. It has risen, rather skyrocketed, while almost all other asset classes have lost value due to poor demand as industrial units sputtered as the virus continues with its dance of death.

This, at a time when crude oil was beaten down by a price war and even began to be priced in the negative with the Texas crude even hitting a negative $ 40 dollars to a barrel, gold has eternally been seen as a ‘safe haven, and it has once again proved that it is indeed the king of the investment.

Whenever any government has made any attempt to stimulate growth, gold mostly leads the growth in demand for assets. Now, with governments across the world set to announce packages to kickstart economies and try to shift them into high gear, gold will be around to share its sheen. Gold will benefit from the widespread stimulus measures as it is often seen as a hedge against inflation and currency depreciation/ devaluation. Thus, investors and consumers will display their appetite for gold as the preferred asset class.

So investment in gold has seen many avatars. Gold is not only a favourite of investors but also those who love wearing gold jewellery that is handed down through generations. People have found various ways of investing and facilitating investments in gold. Many convenient ways of buying gold have been devised. Gold ETF is one such.

Business back to normal in Hassan