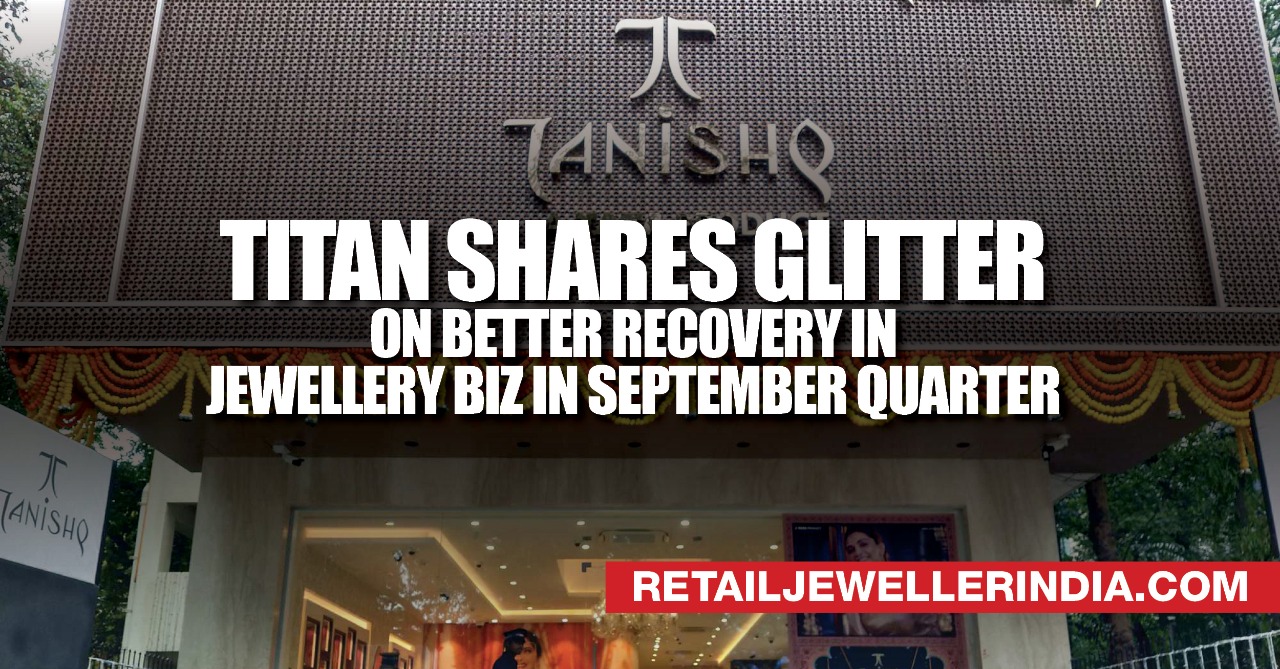 Shares of Titan Company Ltd jumped 4.5% on Wednesday on NSE after the company’s September quarter update indicated performance has been better than expected.

Titan said its jewellery business saw a recovery rate of 98%, excluding the sale of raw gold worth ₹390 crore, in the quarter compared to the same period last year. However, this was on a comparatively lower base, with jewellery revenues declining by 1.5% year-on-year (y-o-y) in Q2FY20.

Nevertheless, analysts are enthused, as Titan was healing from a painful June quarter in which it reported jewellery revenues had fallen by nearly 71% y-o-y. “The recovery in jewellery is encouraging. It should see further improvement in the upcoming festive/wedding season,” Emkay Global Financial Services Ltd’s analysts said in a report on 7 October.

Titan said the wedding jewellery segment did particularly well in the September quarter. “There could have been pent up demand as people postponed weddings during the lockdown. Revenue growth would have also been driven by higher gold prices,” said an analyst requesting anonymity. Titan said gold coin sales were high, reflecting the rush to invest in gold as an asset class.

Last quarter, studded jewellery activation (discount offers) saw a decent response. However, the studded ratio (or ratio of studded gold jewellery to overall jewellery) is yet to recover to last year’s levels. “Lower studded mix and relatively higher discounts (based on channel checks) are likely to keep the pressure on gross margins in the near term,” according to Emkay.

Titan’s jewellery business had accounted for as much as 83% of FY20 revenue while watches contributed 13%. The company’s watch segment saw a recovery rate of around 55% compared to Q2FY20 revenues with September month recovery rate at about 70%.

The watch segment may take relatively longer to recover fully as the need for dressing up has reduced in these pandemic times.

Based on Titan’s September quarter update, Emkay forecasts a 4% decline in overall sales and Ebitda and profit after tax declines of 19% and 26%, respectively.

Meanwhile, Titan’s shares have recouped from the March lows and are now about 6% away from their pre-covid highs in February. Valuations are not particularly cheap. Based on Bloomberg data, the shares currently trade at a pricey 59 times estimated earnings for FY22. It is likely that earnings estimate for FY21 and FY22 would be revised upwards after the September quarter results are declared, which could taper valuations a bit. For Titan, the potential to gain market share augurs well. Even so, the stock’s valuations suggest meaningful upsides could limited from a near-to-medium term perspective.