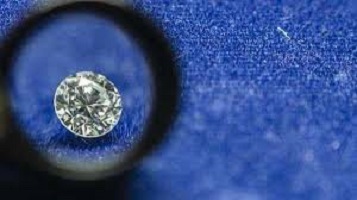 Tiffany & Co. wants to ease customers’ concerns about human rights abuses in the diamond industry by providing them with an unprecedented amount of detail about the precious stones it sells.

Beginning in October, the 183-year-old luxury retailer will provide expanded origin details for newly sourced, individually registered diamonds that trace the stone’s path from the ground to the jewelry case. The project, which the company says is an industry first, took nearly two decades to complete due to the challenges of tracking down sourcing information.

The jewelry market, now reeling from a precipitous drop in demand amid the Covid-19 pandemic, remains murky even after decades of reform over concerns about human rights abuses at mines and factories. The sector has annual sales of about $80 billion, according to De Beers.

Tiffany said it doesn’t acquire diamonds from “areas of concern,” such as Zimbabwe and Angola, where international observers say mining is associated with human rights violations. A look at the company’s vast global supply chain, which stretches from Namibia to Cambodia and beyond, shows the challenges of tracking a product that often measures just a few millimeters across.

The company’s diamonds are mined by suppliers in countries including South Africa, Russia and Namibia, then brought to Belgium for sorting. From there, the rough stones travel to countries such as Mauritius, Botswana or Cambodia to be cut and polished, and then head to laboratories in the U.S. and Southeast Asia for grading and quality control. Those that pass go on to Tiffany facilities to be put in jewelry and shipped out to stores. The majority of its diamonds are set at U.S. factories.

The new disclosures — which include details on where a stone was mined, sorted, graded, cut and set — expand on Tiffany’s effort last year to begin providing the country of origin for its diamonds. The jeweler increased its headcount by more than 2,000 from 2017 to 2019, mostly in diamond facilities abroad and domestic jewelry manufacturing, and developed systems to track individually-registered stones.

Tiffany spokesperson Nathan Strauss declined to specify what the expanded disclosures cost the company, noting that the company had invested “many millions” in vertical integration over two decades.

The tracing project is the culmination of years of investments to expand Tiffany’s diamond operations and lengthy talks with mines to gather the necessary information, said Andrew Hart, Tiffany’s senior vice president of diamond and jewelry supply.

“It took us quite a long time to build all that up and to develop some critical mass and to convince our rough mining partners to be more transparent,” he said.