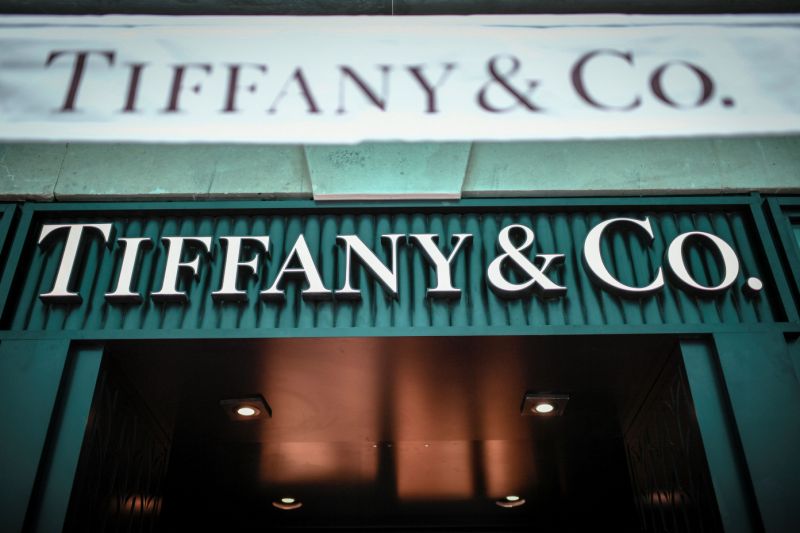 LVMH said in a statement on Wednesday that its board of directors had met to review the deal and concluded: “As it stands, the LVMH Group would… not be able to complete the transaction to acquire Tiffany & Co.”

LVMH announced plans to buy Tiffany for $16bn (£12.3bn) in November last year. Since then COVID-19 has rocked the global luxury goods market and trade tensions have flared between France and the US.

LVMH, which owns brands like Louis Vuitton and Moet champagne, said threats of US tariffs on French luxury goods were “likely to weaken the transaction.” In July, the US threatened to hit high-end French imports with tariffs of 25% in response to French plans for a digital tax on American companies like Google (GOOG) and Facebook (FB).

The French government officially requested LVMH delay the Tiffany deal until at least January 2021 in response. A spokesperson for the government told journalists it would not be “passive” or “naive” in the face of pressure from the US, according to Reuters.

Shortly before the announcement, Tiffany said it was pursuing legal action against LVMH to try and force completion of the deal. Tiffany chairman Roger N. Farah accused LVMH of trying “to use any available means in an attempt to avoid closing the transaction on the agreed terms.”

Tiffany accused LVMH of deliberately slow-rolling the acquisition paperwork in a bid to breach clauses in the takeover agreement that would allow it to walk away from the deal. The company also argued that the request from the French government to delay the deal carried no legal weight.

“We regret having to take this action but LVMH has left us no choice but to commence litigation to protect our company and our shareholders,” Farah said in a statement.

Tiffany shares fell 8.8% in pre-market trade in New York on Wednesday. Tiffany shares have fallen around 9% since the deal was announced.

Shares in LVMH were down 0.7% by lunchtime in Paris, having been trading higher most of the morning.

Earlier this year LVMH’s board had also reviewed the impact of the COVID-19 pandemic on the Tiffany takeover.