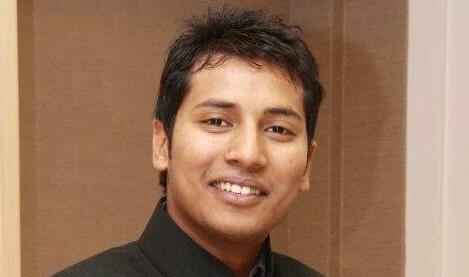 In a conversation with The Retail Jeweller, Apar Manglik, CEO, Bhagat Jewellers shares his thoughts about the current dynamic environment and how he is coming up with new ways to reach the untouched segments to add value to the industry.

Apar Manglik has done his graduation and masters in Business Administration from one of the India’s premier B school. Grown up in a jewellery family, Apar had made up his mind to join the jewellery business and took it to new heights since his childhood. Apar has meticulously honed his skills and has keen eyes for details and designs that exude such vibrance, that it is patronised by women from all walks of life.

He constantly looks for new ways and fresh ideas through which he can help the customers understand their product better. Apar feels that the customers should be 100% sure about what they have spent their hard earned money on. In order to achieve this, Bhagat Jewellers started getting the weight of diamond and polki used in a particular piece engraving on it during hallmarking. This step has increased the confidence and awareness among his customers.

Diamond sales over the years have gone down and especially after Nirav Modi scam 2018 the diamond jewellery sales were at all time low. There was no confidence in the market.  Other issues, such as synthetic diamonds and zero buyback value also impacted the sales of diamond jewellery. Polkis were becoming a hot trend after celebrity weddings so we thought of shifting our focus towards polkis. However, we found out that the customers are reluctant to buy because only 10% of the polkis which are being sold in the market are hallmarked.

Like gold, polkis can be passed to generations so it was important to introduce some mechanism which can bring the consumer confidence back. So, we took the decision to make the process more transparent because if we are not doing anything wrong then we should not shy away from doings which will benefit our clients.

The industry has undergone a lot of changes in recent times. There is a drastic shift in customer taste and preferences. Moreover, availability of ample options in the market has made the customer more aware as well as demanding in terms of designs and quality. Therefore, to sustain and grow in such an environment, it’s very important to innovate and come out with new ideas, products or services in order to engage and retain existing customers, as well as attract new customers. It’s been one and half years since we have started engraving the weight. We have a manufacturing setup in Bikaner, Rajasthan where we produce polki jewellery. So, we thought of hallmarking and engraving the weight of polki in the jewellery so that it will give complete transparency to our customers.

Along with the engraving the weight of polki and diamonds, we also give a complete breakup in the bill where we mention the full weight of the jewellery along with the amount of metals or stones used, extra charges if Minakari work is there in the jewellery. For example today if a customer buys a polki set of Rs 20 lakhs and the amount of polkis used in that set is around 40 carat but once the polkis are stud it is difficult to make out the weight of polkis because even in similar shapes and sizes of polkis, the weight can vary up to 10 cents to 15 cents.  So, tomorrow if the customer wants to return the piece or sell the piece he may not get the exact value of it. In this scenario engraving the polki weight helps to safeguard the interest of the consumer.

The experiment has become a huge success for us as major part of our diamond customers (25-30%) have shifted to polki now and all of our major customers who previously used to buy high end diamond jewellery are buying polki jewellery.