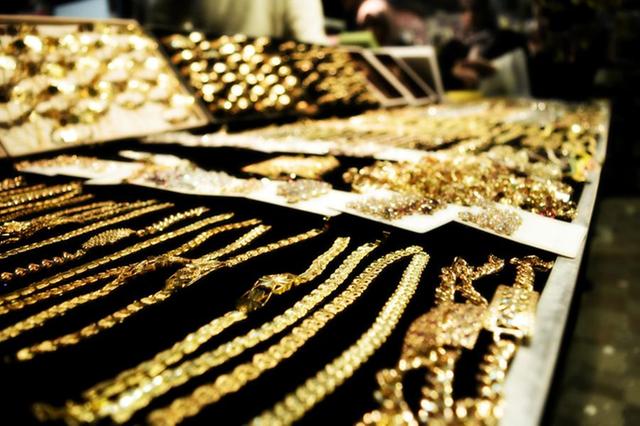 As the gold prices are expected to remain volatile in near future due to geopolitical tensions and uncertain global economy, leading UAE jeweller groups are confident of good sales growth during the summer season.

The major industry players told Khaleej Times that the jewellery sales remained unaffected despite volatility in gold prices as buyers repose trust in the precious yellow metal as an instrument of safe haven asset.

Shamlal Ahamed, managing director (MD) for international operations at Malabar Gold and Diamonds, said many factors, including geopolitical tensions and general economic outlook, among others, have an impact on the gold rate.

“As long as the ongoing geopolitical risks linger, the gold rate will continue to stay volatile. However, gold will be a safe investment and desirable asset for investors this year, too,” Ahamed said.

He weighed in on the impact of the volatility of prices on jewellery sales in the first quarter and considered it to be negligible as buyers are, at best, putting off their purchases till the rise eases.

However, the recent gold price drop is expected to create a strong demand because of recent festivities such as Akshaya Tritiya and Eid Al Fitr.

“Since the Covid-19 pandemic situation has normalised and restrictions have been lifted, we’re expecting most of the residents to travel home for summer vacations. And gold is the most sought-after commodity ahead of their annual vacation, both as a value-appreciating gift for their loved ones and as a safe haven asset. We’re expecting robust sales of jewellery during the summer vacation holidays,” Ahamed added.

Gold fell more than one per cent to its lowest in three-and-half months on Monday as elevated bond yields and overall strength in the dollar dampened bullion demand, even as riskier assets dropped after grim China economic data.

“Spot gold may not stray far from $1,800 (Dh6,611.40), suppressed by the might of the king dollar and elevated treasury yields, while supported by the looming prospects of a recession,” said Han Tan, chief market analyst at Exinity.

Gold prices are down over 13 per cent since scaling a near-record peak of $2,069.89 (Dh7,602.71) an ounce in March. A stronger dollar makes gold expensive for overseas buyers, while higher treasury yields raise the opportunity cost of holding zero-yield bullion.

John Paul Alukkas, MD for international operations at Joyalukkas Group, said gold price is expected to go up in the coming months on account of various factors, including the Russia-Ukraine conflict.

“While this may cause a slowdown in gold purchase, we feel that the upcoming festive and wedding seasons will fuel more demand for gold. Besides, customers aren’t that finicky about the price fluctuations,” he said.

He said volatility always has an impact on gold jewellery, but Dubai Shopping Festival and Valentine Day celebrations kept up the sales momentum during the first quarter (Q1) of this year that ended on March 31. He said people are getting ready to travel out of the UAE and are expected to make purchases that normally happen before the holiday season.

Chirag Vora, director at Bafleh Jewellers, said gold prices have had a good ride year-to-date because of the Russia-Ukraine crisis.

“I think the prices are likely to remain volatile throughout this year with some fluctuations depending on geopolitical tensions and increase in (US) Federal Reserve rates,” Vora told Khaleej Times.

He said gold still is one of the leading safe haven assets, despite volatility in its prices.

He answered in the affirmative that gold jewellery sales would pick up ahead of the summer vacation as “travel restrictions ease after the raging Covid-19 pandemic played havoc for the past two years”.

Anil Dhanak, MD at Kanz Jewels, said gold price outlook is uncertain in the medium to long term due to geopolitical tensions.

“As we have seen in the past few days the gold prices have eased off as the (US) dollar has gained strength while the Federal Reserve works to increase rates steadily. In the shorter term this dip in gold prices may continue and for the medium to longer term the price of gold is a lot more uncertain as geopolitical factors are playing a major role this year. The geopolitical tensions in Ukraine will continue to influence the price of all commodities including gold,” Dhanak told Khaleej Times.

“Given the nature of the economic and political scenario all over the world in the past few years, there has been a greater volatility of gold prices which customers have now come to expect. It’s for this reason, we’re seeing customers continuing to buy jewellery with higher gold prices as well as expecting a drop in a volatile market situation is less certain,” he said.

In general, he said Q2 and Q3 are considered less busy times of the year for the gold industry as summer is at its peak and tourism has slowed down.

“We’re expecting something different to happen this year, as travel restrictions are almost fully lifted and there is still plenty of pent-up demand,” he said.

Dhanak attributed the rise in pent-up demand for gold to prevailing macroeconomic trends, upcoming wedding season and festivities and annual summer vacation as the primary reasons that are likely to influence robust sales. To top it all, the rise in tourist inflow to the UAE in a post-Covid-19 world and the precious yellow metal as a regular gift item are likely to push up sales of gold and gold jewellery.

Alukkas warned that the Russia-Ukraine conflict would have a major influence on gold prices, which could be offset by a strong inflow of tourists to the UAE.

“The Comprehensive Economic Partnership Agreement (CEPA) between UAE and India, which was operationalised from May 1, will play an important role soon. Under the comprehensive free trade pact, India has extended a one per cent duty concession for gold imports from UAE,” he said.

The UAE also has offered many tariff concessions on gem and jewellery commodities, which, in turn, is bound to benefit the consumers, he added.

Vora said price fluctuations and occasional demand are the key factors that influence gold jewellery sales. “Besides, sales promotions and discounts play a major role for customer demand,” he said.

Dhanak said the Covid-19 pandemic, which had been the biggest concern for all businesses, has lessened in severity this year and if the trend persists then its influence would be much more minimal on business.

“The major influences of sales will once again become UAE’s ability to continue attracting tourists as well as creating a safe and secure environment for people to become residents of the country,” he added.