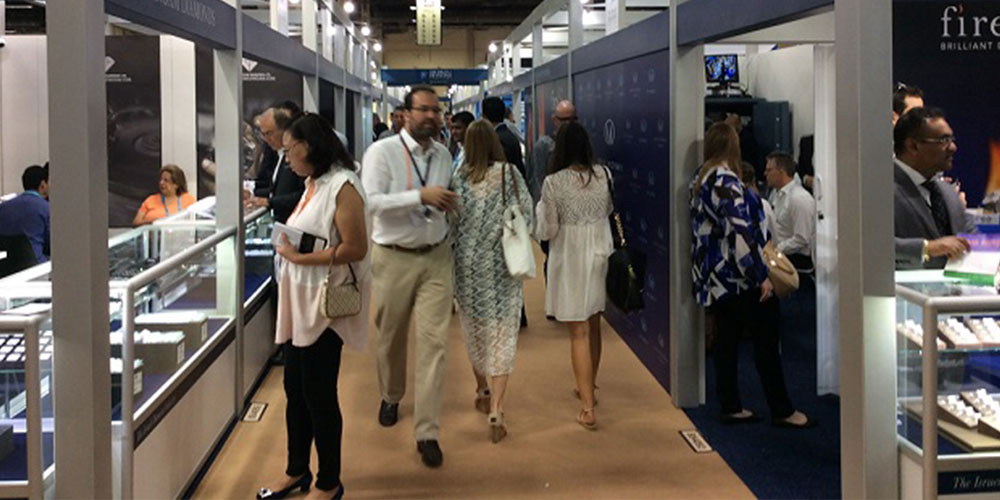 NEW DELHI : India’s jewellery exports to the UAE have soared after the two countries signed a comprehensive economic partnership agreement (CEPA) earlier this year, and the industry is now looking to hold a gems and jewellery show in Dubai this November to cater to seasonal demand.

According to Gems and Jewellery Exports Promotion Council (GJEPC), India’s jewellery exports to the Gulf are expected to grow by $5 billion over the next 1-2 years. “In order to facilitate this, the GJEPC has started an office in Dubai – the India Jewellery Exposition (IJEX) centre. It is a global business touchpoint especially for the Council’s members to expand their network in international markets. On the back of the successful International Gem & Jewellery Show (IGJS) organised by GJEPC in Dubai for select international buyers, we are planning yet another edition in November to cater to seasonal jewellery demand,” said Colin Shah, chairman, GJEPC.

Shah added that GJEPC is also doing outreach programmes in every country in Africa and the Gulf Cooperation Council. “The Indian Consulate General in these countries is also helping the Council get in touch with importers there. “One of the reasons that we were keen on a CEPA is that Africa is opening up as a market; prosperity is increasing. They are becoming a good market for gems and jewellery,” said Shah.

Overall exports to the UAE in May-June touched $5.4 billion, up 17% froma year earlier.

Ajay Sahai, DG and CEO, Federation of Indian Export Organisations (FIEO) said that there ia huge demand for Indian jewellery in middle east countries. “So, once we start showcasing in Dubai or in other parts of UAE, we will attract a lot of buyers. Once we expand it to the GCC market, direct exports will also start. Hopefully, by next year, when we have signed an FTA with GCC, we will be able to export directly to the GCC market,“ said Sahai.

Arpita Mukherjee, economist, ICRIER said that until recently, Indian gold jewellery exporters were facing tough competition from countries like Turkey, “and our exports were showing a decline.” “The removal of duties have benefited our exports. Regarding entry into third country markets we need to see who our competitors are and what are their strengths. In addition we also need to know the demand in the importing country. Of late, there is a growing demand for light weight gold jewellery as is made in countries like Turkey,” said Mukherjee.

On 1 May, India sent the first consignment of jewellery to the UAE under the free trade agreement, flagged off by commerce secretary B.V.R. Subrahmanyam from New Delhi, which gained zero-duty access to the UAE market.

The CEPA has initially extended zero-duty access to 90% of Indian products and 65% of products from the UAE. Over 10 years, 97% of Indian products will get zero-duty access to the UAE and 90% of UAE products would have duty-free access to the Indian market. The pact, negotiated in a record 88 days, is expected to increase the total value of bilateral trade in goods to more than $100 billion and trade in services to more than $ 15 billion within five years.

Around 3.7 crore jewellery hallmarked during April-July: Bureau of Indian Standards