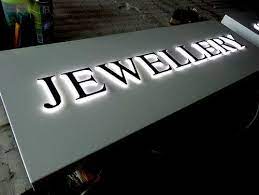 MUMBAI: An amendment in the Maharashtra Shops and Establishments (Regulation of Employment and Condition of Service) Act of 2017 was recently enforced in Mumbai mandating the predominant use of Marathi – Devanagari script on signboards. In an appeal to Eknath Shinde, Hon’ble Chief Minister, Government of Maharashtra, Retailers Association of India (RAI) has requested for extension of the deadline till 31st of March 2023, while expressing full support for the government’s initiative to ensure that the font of the Marathi- Devanagari script should not be smaller than the font of the other scripts.

Expressing the concerns of retailers, Kumar Rajagopalan, CEO, Retailers Association of India (RAI), said, “Retailers are in full support of the government’s initiative to change the signboards prominently to Marathi- Devanagari script, and are in the process of doing so. However, we are requesting ease of the deadline taking into consideration the logistical and financial constraints that the retailers have been facing to implement this change. We are hopeful that the Government of Maharashtra will be considerate and supportive of our appeal and grant the extension to complete this mandate.”

In the submission to the Hon’ble Chief Minister, RAI has highlighted the following operational & logistics challenges that are being faced by retailers in changing the signboards:

1.     All kinds of retailers that are operating in multiple outlets at a large scale are finding it difficult to meet the deadline as changing the signboards is a time-consuming process.

2.     Availability of suppliers is also being a challenge as such suppliers are not easily available.

3.     Heavy rainfall during the ongoing monsoon season is also hindering retailers in recreating and installing the entire structure of the signboard.

4.     Moreover, the retail sector was one of the worst-hit sectors during the pandemic. Thus, the immediate and complete change of all the signboards is becoming a financial burden on retailers from a cash flow perspective.

Retailers are hopeful that the Government of Maharashtra will consider their humble appeal and will give the desired extension for the implementation of the said order.

The retail industry has always been supportive of the central and state governments, taking forth their objectives and contributing to the progress of India’s economy. Retail in India continues to be one of the largest industries in the country contributing to over 10% of the GDP and providing employment to about 50 million Indians.