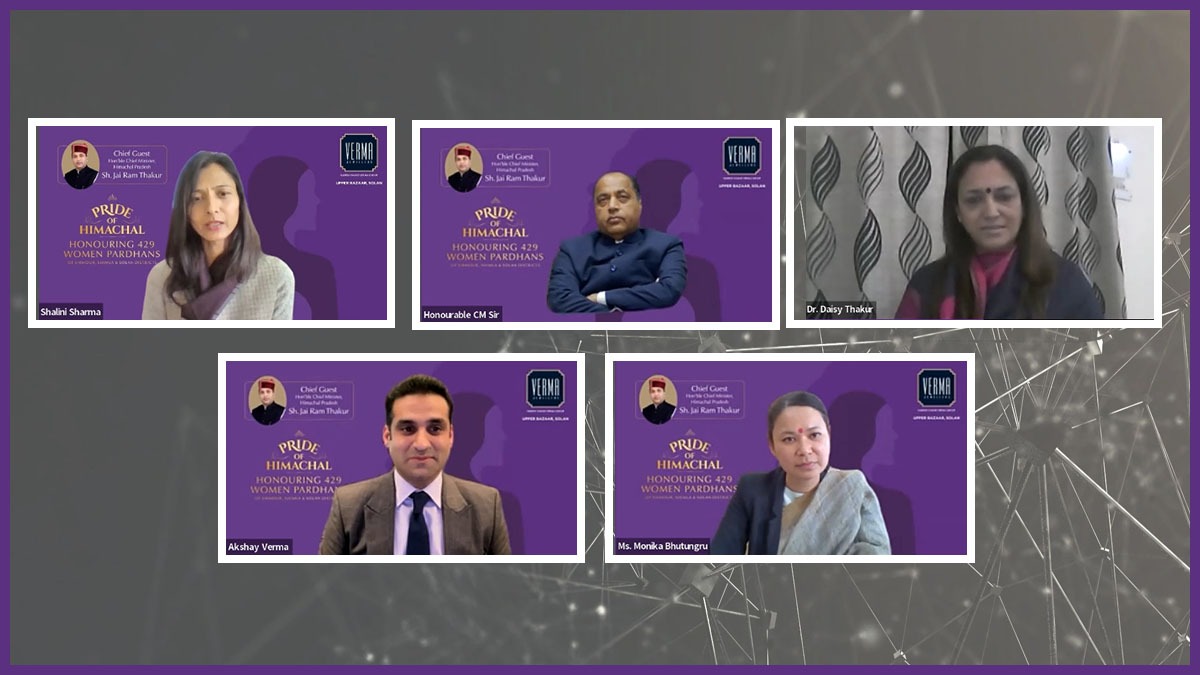 The International Women’s Day provided a lot of opportunities for jewellery brands to up their marketing game. Collection launches signifying various traits of self-reliance and femininity were aplenty, while social welfare activities were scarce. Amongst these, one notable initiative was taken by Verma Jewellers. The brand held a virtual felicitation ceremony of 429 women pradhans in the state, titled ‘Pride of Himachal’.

Organised live on 8th March, the event highlighted the achievements of Women Pradhans and featured a prestigious panel discussion with the Pradhans who discussed the challenges faced by them and the difficulties they have overcome over the years. Chief Minister of Himachal Pradesh, Jai Ram Thakur, was the chief guest of the event. Presiding over virtually, the CM felicitated the achievers. The event was attended by eminent dignitaries such as Rashim Dhar Sood (President, Himachal BJP Mahila Morcha), Monika Bhutungru (SP Shimla), Daisy Thakur (Chairperson of Himachal Pradesh State Commission for Women), Prajwal Busta (Member, Himachal State Planning Board), Niraj Kumari Chandla (Joint Director, Panchayati Raj) and moderated by Shalini Sharma (Radio Jockey – Big FM). The event was LIVE streamed across social media platforms of Verma Jewellers.

Commenting on the purpose behind holding such a massive event, Akshay Verma, Managing Director, Verma Jewellers, said, “Our objective was to make a difference in the lives of women in Himachal Pradesh through our initiative. We were inspired by the grit, determination and courage of the women leaders of our state who are working at grassroots to bring about a change. Through this initiative we wanted to motivate women to be brave enough to follow their dreams, face their fears and never give up on their goals in spite of the challenges they face.”

The virtual event struck a cord with the mass target audience of the brand through social media, and brought together women from various walks of life and various regions of Himachal Pradesh. “It was an immersive experience, where our audience could virtually connect with the inspiring leaders of our state. Being a woman-centric brand, we wanted to remind our target audience that every woman is special and deserves to be celebrated, and we’re here to help not just as your trusted jeweller but also as your trusted friend,” said Verma.