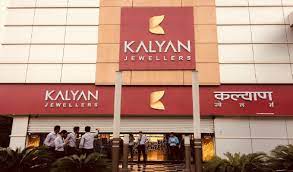 Thrissur:  Kalyan Jewellers, one of India’s largest jewellery companies, has today announced plans to increase the brand’s retail footprint in India by another 8%, before Diwali this year. This new line up is planned in the non-South markets. The Company will focus on scaling up operations within micro markets of Tier-1 cities like Delhi and Mumbai, while aggressively expanding its presence in Tier-2 and Tier-3 markets.

Speaking about the company’s expansion plans and strategies, Mr. Ramesh Kalyanaraman, Executive Director, Kalyan Jewellers said, “Our pre-Diwali expansion plan is in line with the larger vision of the Company. As part of Vision-2025, we hope to increase the revenue contribution from non-South markets, which is now at approximately 35%. We are looking at expanding into 10 new locations in States where we already have a sizable market share. The increase in footprint will help us capitalize on the foundations laid and further leverage our already established processes, purchase ecosystem and market understanding to aid growth momentum.”

Kalyan Jewellers will add ten outlets across key locations before the upcoming Diwali and wedding season. This includes three additional showrooms in Delhi NCR at Rajouri Gardens, Janakpuri and Gurugram Gold Souk, three more in Uttar Pradesh by further strengthening presence in Lucknow with stores at Gomti Nagar and Lulu Mall, Golf City and an outlet at Varanasi, the city of the Ganges. Two will be added to the Maharashtra tally with Ahmednagar & Dombivli (8th Showroom in Mumbai) and one each in Orissa and Chhattisgarh at Berhampur & Bilaspur respectively.

Kalyan Jewellers ventured into the Franchise model of business in June 2022, with the launch of its first ever franchise-owned outlet in Aurangabad. The jewellery brand is confident that franchise operations will play a crucial role in enhancing the pace of expansion, while making the process more capital efficient. He further added, “We are focused on developing a robust economic model and execution roadmap for our franchise operations. We have plans to subsequently launch more franchisee-owned showrooms across India.”

Kalyan Jewellers currently has 127 showrooms in India, of these 77 are in the South and 50 in the non-South regions. In the Middle East the company has 31 outlets.

With the addition of these 10 showrooms pre-Diwali, the brand will be present across 168 locations.