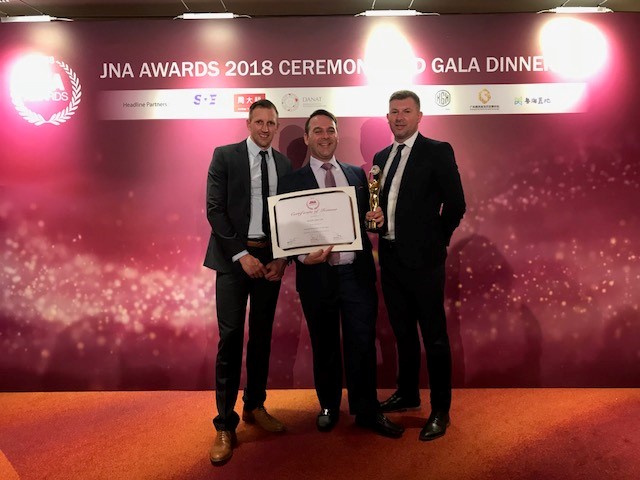 The International Institute of Diamond Grading & Research (IIDGR), a member of De Beers Group, is pleased to announce that its industry-first synthetic screening device, SYNTHdetect, was awarded Industry Innovation of the Year at last night’s JNA Awards in Hong Kong.

Launched last year, SYNTHdetect is the first synthetic diamond screening device to simultaneously test multiple stones in set jewellery and has the industry’s lowest referral rate at around 0.05 per cent.

Jonathan Kendall, President, IIDGR, said: “It’s a real honour to be recognised amongour industry peers with this award, which is testament to IIDGR’s mission to continually pioneer new innovations to support the diamond trade. SYNTHdetect has revolutionised synthetic diamond detection for our customers through our proprietary technology that makes the process of screening synthetic diamonds extremely simple and efficient. I congratulate all of IIDGR’s scientists for their work in developing the groundbreaking device.”

On the back of SYNTHdetect’s success, IIDGR last week announced the introduction of SYNTHdetect XL, a larger version of the original model that provides additional efficiencies for users, allowing a greater number of pieces of jewellery to be screened at an even faster rate.

The JNA Awards shortlisting process involved three rounds, including a visit by the judges to IIDGR’s lab in Surat, India, for a demonstration of SYNTHdetect in action.

Winners were announced at the JNA Awards Ceremony and Gala Dinner during the Hong Kong Jewellery & Gem Fair. The JNA Awards champion best business practices in the jewellery and gemstone community by recognising and promoting companies and individuals that demonstrate outstanding leadership, innovative thinking, and sustainable and socially responsible strategies, with a focus on their contribution in Asia, and whose ideas and actions have made a positive impact in the trade and communities.