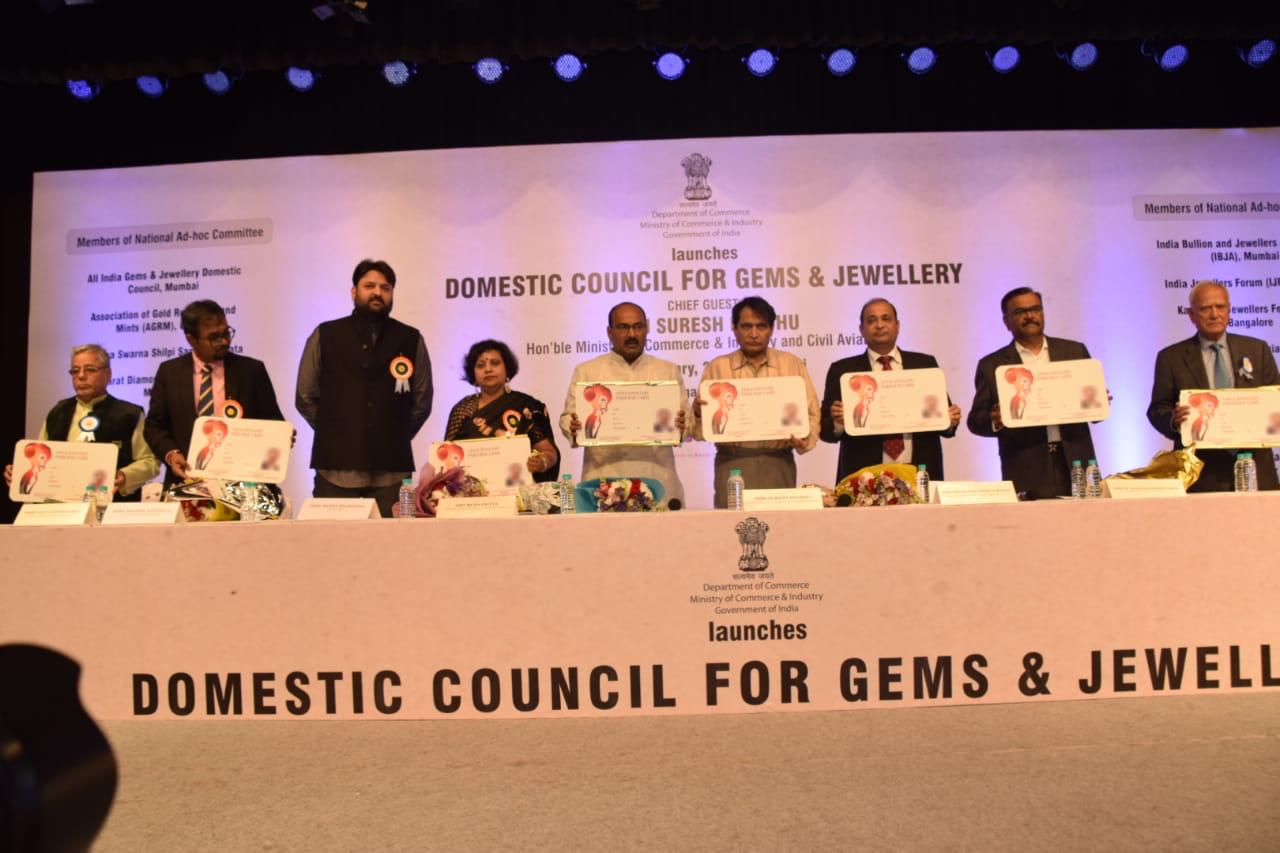 It is a momentous day for the Gems and Jewellery industry as Suresh Prabhu, Minister of Commerce & Industry formally launched the Domestic Council for Gems & Jewellery. The objective behind the formation of the body is to strengthen the domestic manufacturing and help organise the small scale based domestic jewellery industry so that an additional 3 million jobs can be created. Pramod Kumar Agarwal, Chairman, Gems and Jewellery Export Promotion Council (GJEPC) has been elected as the Convener, National Ad-hoc Committee of the newly-launched body.

Commenting on the formation of the Council, Suresh Prabhu, Minister of Commerce & Industry said, “India has the biggest consumption of gold, any good occasion and we want to buy gold. As a nation, we are richer than what it is estimated to be. Gold is one of the real asset, which the countrymen hold. So there is already a market, and now with the formation of the Domestic Council for Gems and Jewellery, we will have to cater to the existing market with new ideas and technologies. The Domestic Council will represent the culture and ethos of India’s gems, gold and jewellery business while addressing the global market opportunities to create economic value for India. We have followed a democratic process and given representation to the key jeweller, manufacturers, miners and artisan/craftsmen Associations from different parts of the country. The job of the government was to create the body and facilitate it and now I leave it to the industry to take it forward.”

The memorandum of the Council is expected to be formed soon and it will be fully operational by May 1, with elected representatives to run it.

Speaking at the launch of the Domestic Council, Pramod Kumar Agarwal, Chairman, Gems and Jewellery Export Promotion Council (GJEPC) said, “We are very fortunate to have a Minister like Suresh Prabhu, who helped us in creating the body. With the formation of the Domestic Council, some of the problems, which the industry was facing since long can now be solved. We believe that the Council will help in creating 3 million more jobs in the gems and jewellery sector, which is also the vision of the government.”

At the event, GJEPC also announced the launch of ‘Parichay cards’ for the benefit of the karigars in the Gem and Jewellery industry. It is similar to Aadhaar card, and there will be a Unique Identification No, which will help in giving social security to the artists. The card will also provide better health insurance facilities to the workers.

(Retail Jeweller India will be hosting their 6th edition of Retail Jeweller India Forum on February 9, 2019, at Sofitel BKC, Mumbai.  Register yourself today to be part of the exciting knowledge-based event, which will have renowned speakers sharing their rich insights on this year’s theme ‘Innovate to Win’. For more information and to register, log on to retailjewellerindiaforum.com).