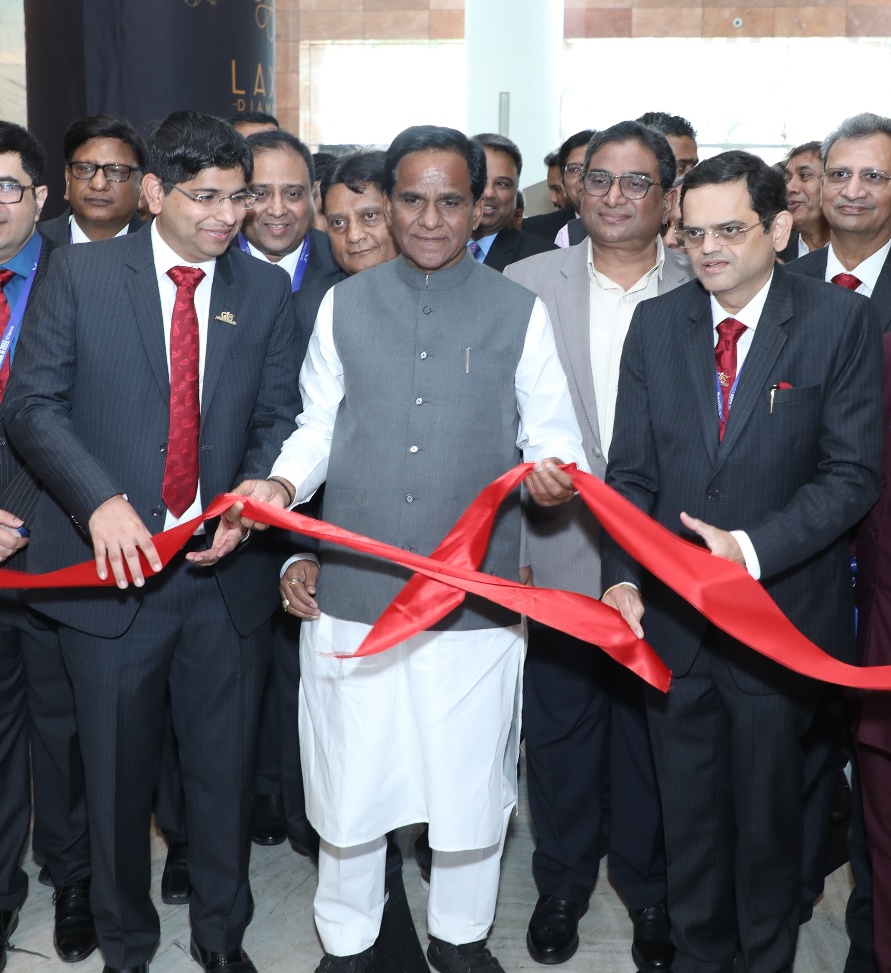 All India Gem and Jewellery Domestic Council (GJC), the Apex industry body representing the entire jewellery value chain across India has successfully brought together the whole industry with the most comprehensive jewellery trade show at a venue of international standards, the newly launched Jio World Convention Centre. Foreseeing the upcoming jewellery demand, order writing and product launches and trend discovery will be the primary focal points of most in attendance.

Spanning over 4 days, with over 600 exhibitors with 1277 booths and more than 12000 registered visitors the show is all set for a roaring success. The well-planned educational seminars, with enlightening topics and a comprehensive list of industry speakers, have added a unique value to this mega show.

Addressing the gathering after inaugurating the expo, Union Minister Shri Danve, said, “I thank Ashish Pethe, Chairman, All India Gem and Jewellery Domestic Council, Saiyam Mehra, Vice Chairman, GJC, and all jewellery industry representatives who have to make India glitter with such an amazing show. I am really glad that this show is being organized in Mumbai. Trust is the foundation of the governance philosophy of our government led by Prime Minister Narendra Modi. We should make the nation self-reliant in jewellery by substituting imported volume with domestic products which will be the real vision of Aatma Nirbhar Bharat.”

The minister underlined the importance of trust and how it is instrumental to the gem and jewellery sector. “The industry that they should be able to build the same level of citizen trust towards domestically produced gold, as that enjoyed by international gold,” he added.

Speaking at the show Mr Ashish Pethe, Chairman, All India Gem and Jewellery Domestic Council (GJC), said, “I thank Raosaheb Danve Ji, Union Minister of State for Railways, Coal and Mines, Government of India, for honouring the jewellery fraternity by inaugurating the marquee event INDIA GEM & JEWELLERY SHOW (GJS 2022), the maiden show currently being organized by GJC. The show has been a grand success with a large number of visitors and attendees participating. Jewellery manufactured by Indian artisans is well appreciated in the global markets. We will continue to make efforts to make Indian Aatmanirbhar in jewellery as guided by Shri Danve Ji.”

The venue of the show Jio World Convention Centre – India’s largest convention facility is a stunning landmark and strategically located in the heart of Mumbai. So, the venue also added to the existing glitter of the GJS show.

Mr Saiyam Mehra, Vice Chairman of All India Gem and Jewellery Domestic Council (GJC) and Convener of GJS, said, “The INDIA GEM & JEWELLERY SHOW (GJS 2022) has received an overwhelming response from the Indian jewellery community. The enthusiasm shown by the participants, exhibitors and visitors was really amazing. I thank Minister Raosaheb Danve Ji for having inaugurated the show. We will look forward to working in consultation with the government for the betterment of the Indian jewellery industry.”