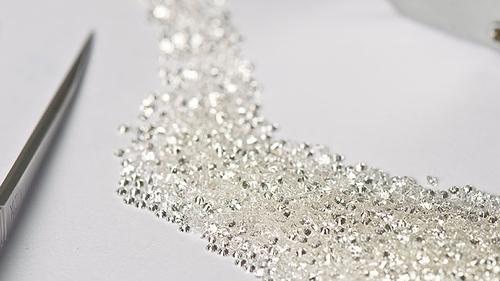 The sharp decline in prices of small, low-value diamonds will exert further pressure on India’s manufacturing sector, according to the latest issue of the Rapaport Research Report.

Prices in some categories have dropped by up to 20 per cent in 2018 due to an oversupply and weaker demand, it added.

The report, “A Crisis in Melee,” outlines four factors influencing the weakness in the market for small diamonds:

-The addition of three new mines in 2017 brought global rough production to its highest level since 2008, resulting in an excess of supply.

-Manufacturers became cautious due to tighter credit in India and the depreciation of the rupee.

-Some US retailers are shying away from natural melee because of the threat of undisclosed synthetics. There is a shift toward better-quality goods, which includes a small but growing preference to use better-quality lab-grown melee rather than lower-quality natural stones.

-Technology used in jewellery design has changed the way small diamonds are traded, leading the melee market to be more selective.

These factors will continue to pressure India’s manufacturing sector in 2019. With rising labour costs, small stones are becoming less economical to produce at current lower price levels. India’s polishing factories will be forced to streamline their operations, and mining companies are expected to reduce their production plans.

While prices of small, low-value diamonds declined, the market for larger, certified polished established in November, supported by US holiday demand. Sentiment improved after a positive start to the season. There is concern about the impact of the US-China trade war on luxury retail as Chinese tourists are spending less abroad.

The RapNet Diamond Index (RAPI) for 1-carat diamonds rose 0.6 per cent in November and was up 2 per cent since January 1.

In a position to benefit from credit squeeze faced by other jewellers, says Titan