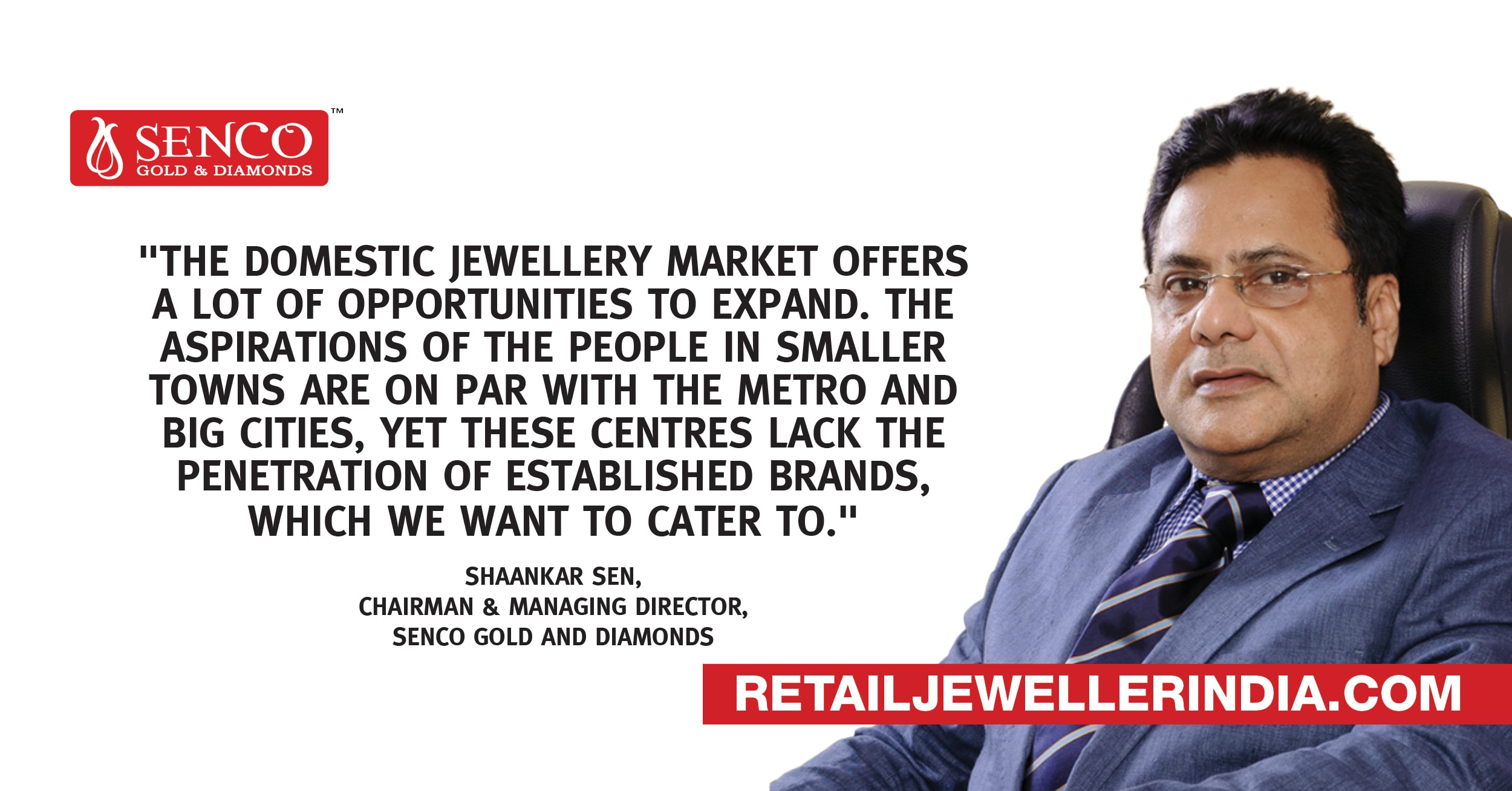 Looking to buck economic slowdown, jewellery retailer Senco Gold and Diamonds plans to launch more than 100 new stores over the next 3-5 years to add to its current tally of 105.

Most of these outlets would be launched in emerging markets, including tier-II and III towns, company chairman and managing director Shaankar Sen told Business Standard in Lucknow today.

“The domestic jewellery market offers a lot of opportunities to expand. The aspirations of the people in smaller towns are on a par with the metro and big cities, yet these centres lack the penetration of established brands, which we want to cater to,” he noted.

The new stores would combine a mix of company-owned and franchisee stores. Of the current 105 stores in India, 52 are operated by franchisees.

“Uttar Pradesh has a lot of potential and we estimate that of the 100 new stores over the next 3-5 years, 20-25 outlets would come up in UP alone,” Sen added. Senco opened its 105th store in Lucknow today and has more cities such as Kanpur and Prayagraj (Allahabad) on its radar.

The Kolkata-based company is also looking to strengthen its presence in the northern, western and southern markets.

Commenting on the current downturn in the domestic economy, he said the jewellery sector continued to face a gamut of challenges such as high customs duty and tight liquidity.

Senco Gold posted revenues of around Rs 2,500 crore in 2018-19. However, the outlook for the current fiscal, Sen stated, was muted owing to sluggish demand.

Earlier, Senco had announced that it would raise Rs 600 crore through an Initial Public Offer (IPO) to fund its expansion roadmap. However, the plan was shelved due to adverse market conditions, liquidity issues and the controversy surrounding the alleged frauds perpetuated by a few diamantaires, including Nirav Modi.

“We will re-evaluate the market conditions next year and decide if the prevailing environment is conducive to raising funds from the capital markets,” Senco executive director Suvankar Sen said.

Replaying to a question, he said beyond the domestic market space, offshore destinations with a large Indian diaspora also offered avenues to open outlets in future.

“However, we want to first consolidate our position in India before entering foreign markets, including the US,” he added.

Meanwhile, Shaankar Sen, who is also the All India Gem & Jewellery Domestic Council (GJC) vice chairman, said that the body had urged the Narendra Modi government to pare customs duty to help the beleaguered sector.

“In our submission to the finance ministry, we have prayed to bring down the customs duty on gold from 12.5 per cent to 4 per cent,” he said, adding the reduction would not only boost the organised trade, but aid in more revenue mop up for the government as well.