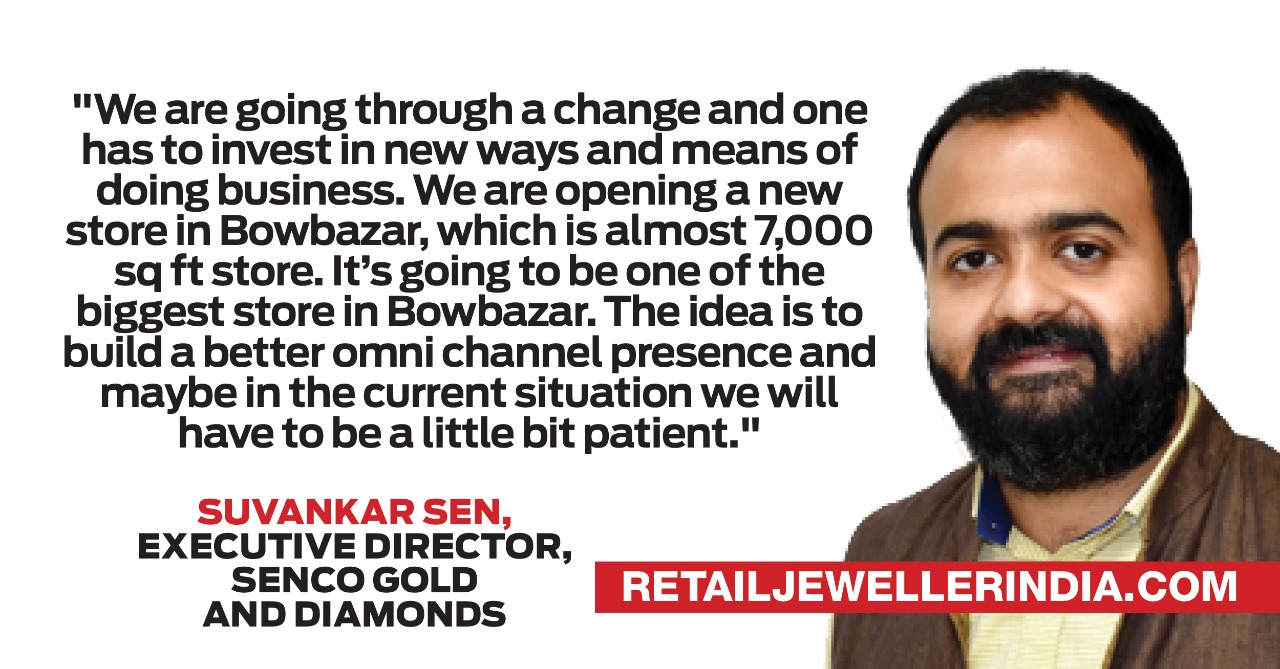 Senco Gold and Diamonds have recently opened a new 7,000 square feet store at Bowbazar, Kolkata, one of its biggest in the country and has also set up video calling facility for its consumers to purchase gold from its stores in the current pandemic situation.

“We are going through a change and one has to invest in new ways and means of doing business. We are opening a new store in Bowbazar, which is almost 7,000 sq ft store. It’s going to be one of the biggest store in Bowbazar. The idea is to build a better omni channel presence and maybe in the current situation we will have to be a little bit patient,” said Suvankar Sen, ED, Senco Gold and Diamonds.

It is the 21st store of the jeweller in Kolkata and the 109th in India. The company plans to add another 4-5 stores in the current year.

“In the next three months, the focus would be on Kolkata and in the later part of the year, we can look outside Calcutta,” he said. The jeweller is also investing in technology to support its sales.

“We are doing online video calls. Customers can book an appointment on website and our salespeople are showcasing jewellery through video. Customers are paying online and we are delivering at home or they are picking up at the stores. When you are pushed to a situation of crisis and challenge you have to think out of the box,” Sen said.

Senco Gold & Diamonds has adopted a two-pronged expansion plan that includes scaling up of retail stores as well as strengthening its online presence. The company has earmarked around 1-1.5 per cent of its turnover for new initiatives and projects.

Gold jewellery demand grows; sales back to pre-COVID level at Kalyan Jewellers, others