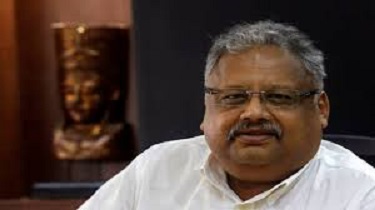 Giving a thumbs up to the Nirmala Sitharaman’s Budget 2021, the big bull of D-Street, Rakesh Jhunjhunwala said he would give 10 out of 10 to the Budget.

“The Budget is growth-oriented and it is laying the ground for India to get to double-digit growth,” Jhunjhunwala said talking to CNBC-TV18.

“The Budget has conveyed much more than what we are understanding. We have a realistic Budget for a resurgent and rejuvenated India. Budget 2021 indicates that the Indian government will be bold. India will overtake China in the next 25 years,” he said.

He congratulated the Prime Minister & Finance Minister for the bold Budget.

Jhunjhunwala pointed out that the Budget conveyed a clear shift that the government will do ‘whatever it takes’ to grow the economy.

Jhunjhunwala said the Budget had a significant shift from socialism comparable to 1991.

Jhunjhunwala believes the FY22 fiscal deficit will be between 6 percent and 6.5 percent and the tax collections will be much better.

“India won’t be able to absorb all the capital expected to come,” he said.

Talking about the market, he said the recent correction was a swift one, typical of one in a bull market.

“I am bullish on the market. Believe in India. The market is giving chances, grab it,” he said.

He believes there will be a relay race among sectors and all sectors will do well. He expects pension and sovereign fund money to go into the infrastructure sector.

Talking about divestment, he said the government is withdrawing from the business which is positive.

“The capital expansion cycle has just started. This quarter will see 1 percent growth. Next year, the growth will be sharply higher,” he said.