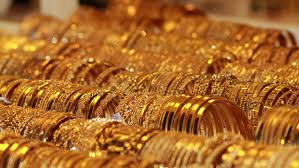 Sleuths of the Directorate of Revenue Intelligence have busted a gold smuggling racket by arresting four persons including the kingpin on Wednesday. A total of 20 kg of gold worth nearly Rs 7 crore was seized. The sleuths conducted raids in parts of the city and nabbed four persons. The kingpin, from Choolaimedu, revealed that his operatives fly to Mumbai and Delhi airports.

“They meet passengers smuggling gold in the transit area and then fly back to Chennai with the gold. They bring out the smuggled goods with ease as there is no checking in domestic terminals. Most often the gold is smuggled from Dubai,” said a DRI officer. The gold is sold in the grey market.

Against gold as an asset class as it can surprise you even in the short run: Dhirendra Kumar, Value Research