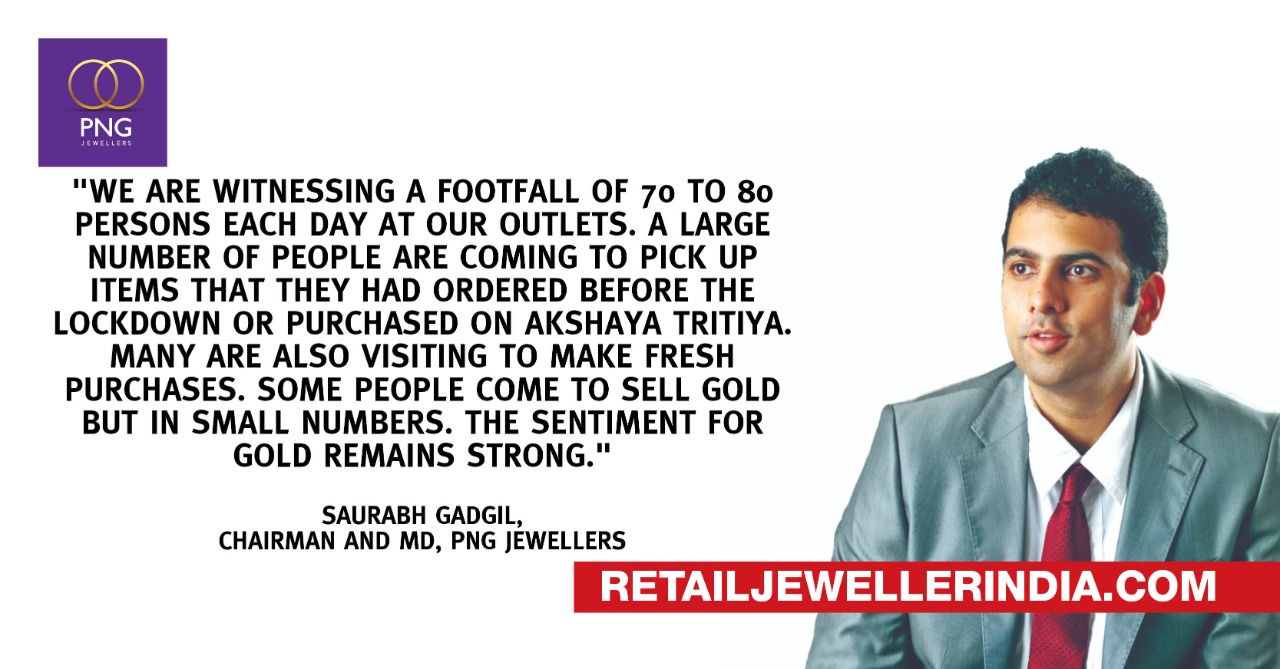 Ten gm of pure gold (24 carat) is inching toward Rs 50,000, a deterrent for many admirers of the yellow metal. Yet, ardent Puneites are at the counters of jewellery stores that re-opened in Pune last week, making purchases.
According to jewellers from Laxmi Road, buyers are growing steadily and bigger stores are witnessing over 30 to 35 footfalls every functioning day.

“The crowd was less on the first two or three days, but now walk-ins are increasing since the police have opened several roads in the city which were blocked earlier,” Fatehchand Ranka, managing director of Ranka Jewellers, said.

Chairman and managing director of PNG Jewellers Saurabh Gadgil said, “We are witnessing a footfall of 70 to 80 persons each day. A large number of people are coming to pick up items that they had ordered before the lockdown or purchased on Akshaya Tritiya. Many are also visiting to make fresh purchases. Some people come to sell gold but in small numbers. The sentiment for gold remains strong.”

Smaller stores and brands are yet to see recover in terms of footfall. “We have opened our Laxmi Road store while the Pune Camp store continues to remain shut. We have been seeing 2 or 3 persons coming in, but only for repairs. Fresh sales are still stagnant. We have started sending messages to customers to inform them that the store is open,” Harsh Mehta from Dagina Jewellers said.

Ranka said fear of a further price rise is prompting many to buy even if the price seems high. “Others are also coming to look for jewellery for weddings and occasions scheduled for later this year. Many are making small purchases since they have saved money over the last two months, when expenses were negligible,” he added. Other jewellers said all measures are being taken to ensure the safety of customers and staff members.