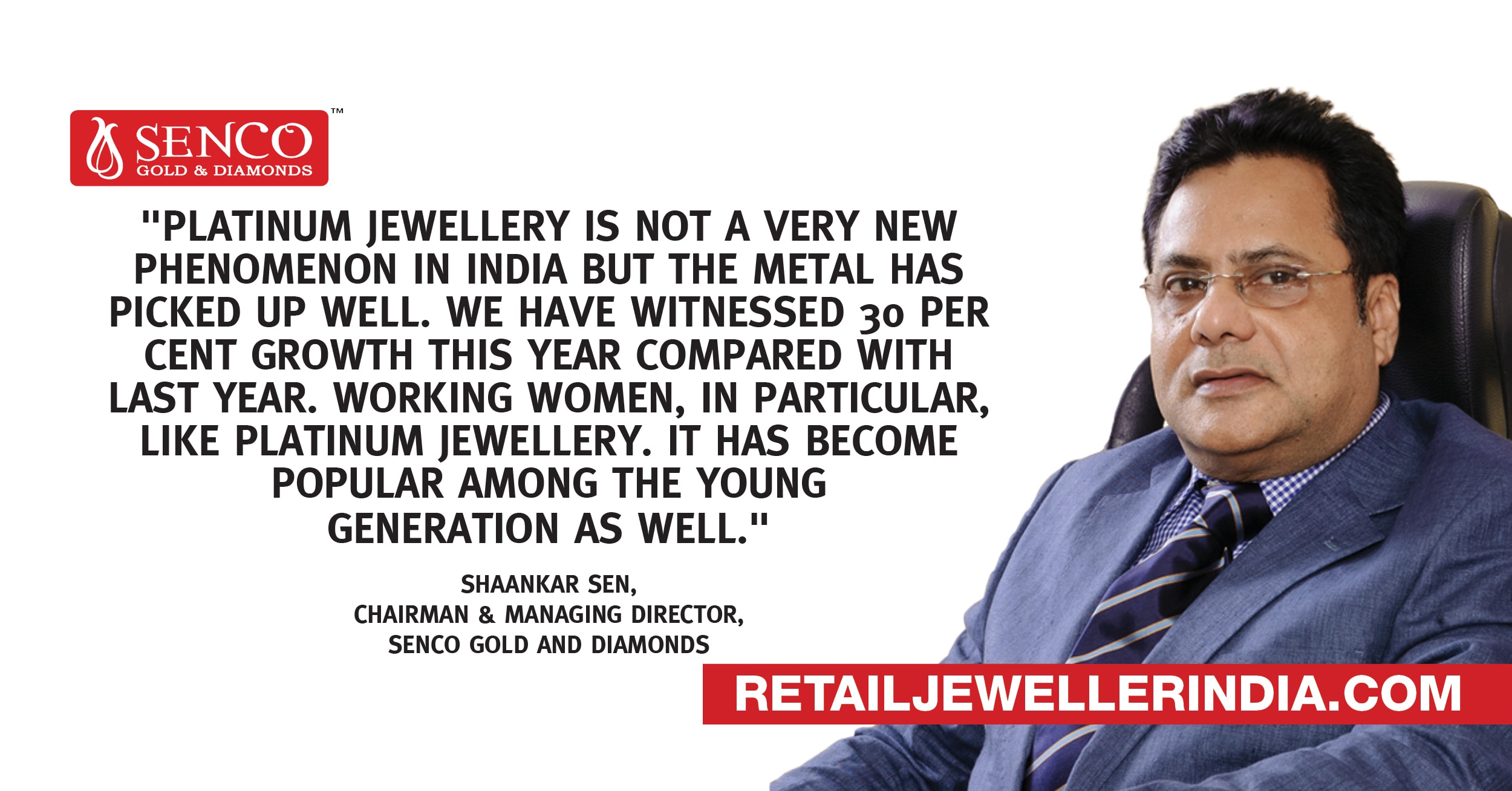 India’s platinum import is likely to increase by a quarter this year, touching 7.5 tonnes. Retailers and industry executives say that demand for platinum has increased 30 percent due to price affordability and preference for the white metal among the millennials.

“Demand for the metal for jewellery has increased significantly. Imports will go up by 25 percent this year in comparison to 2018,” said a senior industry executive.

Millennials are choosing platinum over gold because of the former’s matte finish, affordability and ability to hold diamond-studded intricate designs.

Platinum has become cheaper by a third against gold, helping the white metal attract young consumers. While platinum is available in the market at Rs 29,921 per 10 gm, gold, on the other hand, costs Rs 39,720 per 10 gm.

Platinum prices have suffered in recent years due to lower demand of diesel engines, which are platinum dependent for catalytic conversion. Demand is rising for petrol engines, which are more palladium and rhodium dependent. This has impacted platinum prices as the metal is in excess supply due to lesser industrial demand.“Platinum jewellery is not a very new phenomenon in India but the metal has picked up well. We have witnessed 30 per cent growth this year compared with last year. Working women, in particular, like platinum jewellery,” said Shaankar Sen, chairman and managing director, Senco Gold & Diamond. “Platinum has become popular among the young generation as well and we have seen diamond-studded platinum items in the range of Rs 10,000-Rs 20,000 being picked up by them.”

Platinum is a rare metal. Around 72 per cent of the annual production of about 190 tonnes comes from the South African mines and 8 per cent from Zimbabwe. Including recycled metal, total annual supply in 2018 was 8,060 million ounces. Platinum production is expected to rise to 8,390 million ounce in the current year.

Dive into the Divinity with Reliance Jewels’ Satnaam Collection

NBFC crisis in India sparks gold rush for some lenders