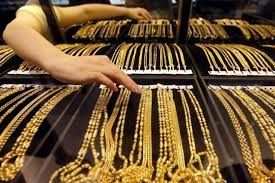 India got zero duty access to the UAE market for jewellery exports, which attracted 5% duty earlier, potentially facilitating entry of Indian products in the North Africa, West Asia and Central Asia markets. India in turn allowed 1% duty concession on gold imports from the UAE for up to 200 tonnes of shipments under the comprehensive economic partnership agreement (CEPA).

Overall exports to the UAE in May-June touched $5.4 billion, a 17% growth from a year ago. Arpita Mukherjee, economist, ICRIER said that until recently, Indian exporters were facing tough competition in gold jewellery from countries like Turkey, “and our exports were showing a decline.”

“The removal of duties have benefited our exports. Regarding entry into third country markets we need to see who our competitors are and what are their strengths. In addition, we also need to know the demand in the importing country. Of late there is a growing demand for lightweight gold jewellery as is made in countries like Turkey,” said Mukherjee.

According to the department of commerce, plain gold jewellery exports to the UAE grew 62.9% in May and 59.2% in June, worth $135.2 mn and $185 mn respectively, compared with a 27.7% contraction in April at $141 mn. “India-UAE CEPA is extremely beneficial for our gold jewellery sector as the lesser duty imports of gold from UAE imparts further competitiveness to the sector while also getting duty free benefits on imports of such jewellery in UAE,” said Ajay Sahai, DG and CEO, Federation of Indian Export Organisations (FIEO).

He added that the benefit of 5% on high value item is a significant concession and that the UAE may emerge as a hub of redistribution of jewellery into the world looking into competitive logistics and warehousing costs in the UAE.

India had on 1 May sent the first consignment of jewellery to the UAE under the free trade agreement, flagged off by commerce secretary BVR Subrahmanyam.

Thani bin Ahmed Al Zeyoudi, Minister of State for Foreign Trade of the United Arab Emirates told Mint that there has been tremendous enthusiasm from the private sector in both countries, with trade volumes increasing markedly, since the UAE-India CEPA came into effect on 1 May.

“In the first half of 2022 alone, our data shows that the total value of non-oil foreign trade between the UAE and India reached $25.1 billion, growing by 20% compared to the first half of 2021. From the Indian side, we’ve seen statistics that claim India’s exports to the UAE rose by 16.22% across May and June this year. This means that it is likely to push beyond $55 billion for the year once the CEPA takes full effect,” said the minister.