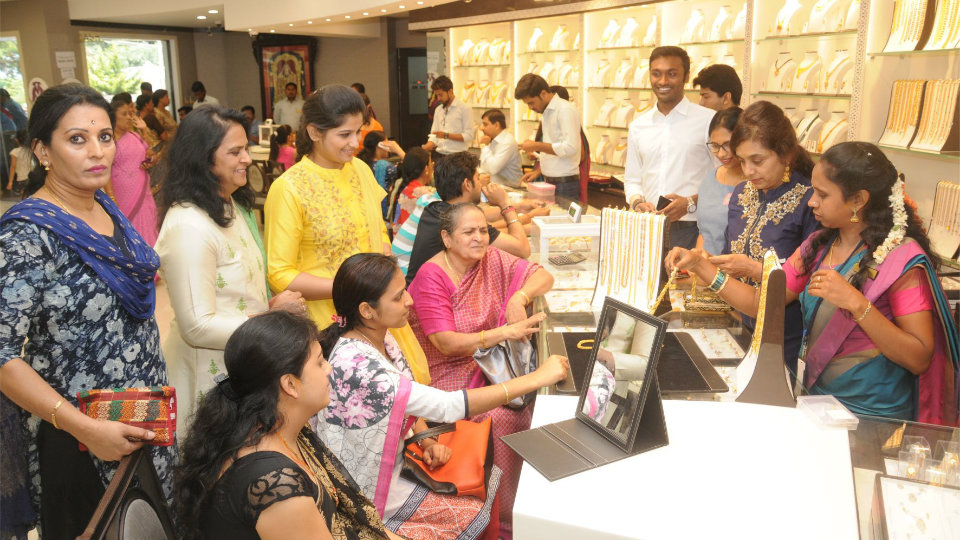 Today being Akshaya Tritiya, an auspicious day to buy gold, there was a huge concern among city jewellers as they were worried that customers might not turn up as high-value purchases will be monitored by the Election Commission. However, despite apprehension, jewellers have managed to make a decent business as customers thronged shops soon after breakfast.

Compared to last year’s statistics, sales have gone down by 50% due to Election Model Code of Conduct, say gold merchants.

A Manager, who did not wish to reveal his identity, said, “On an average, a customer is buying jewellery worth of Rs. 1 lakh to 3 lakh. The sales were dry in the morning and have picked up slowly.”

The customers, who paid in cash, had to provide either his/ her Voter ID card, Aadhaar Card or PAN Card for verification and authentication purposes.

Those who had not brought any of their documents had to pay through cheque, online or debit/credit card.

Jewels like rings, nose rings and earrings were sold like hot cakes. Speaking to Star of Mysore, C.S. Amarnath, President of Shroff Merchants Association, who had earlier claimed that their business will be hit due to excessive monitoring by Election Officials, said, “We were scared that people might not turn up as they will be unnecessarily probed by officials, but gradually people came and we are content though the sales have dropped.”