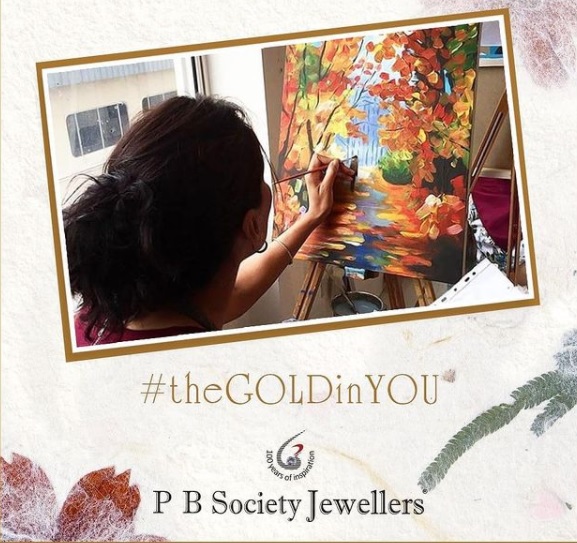 In order to highlight stories of hope and courage amidst a global pandemic, Kanpur-based PB Society Jewellers had launched an initiative called ‘The Gold in You’ on Akshay Tritiya. The month-long campaign will end on the 14th of June.

Speaking about the initiative, Vedika Jain, Head, Merchandising and Digital Marketing, PB Society Jewellers, said that they didn’t want to advertise about jewellery due to the global pandemic. Thus, they decided to organize a campaign where people could share inspiring stories about their life goals, experiences and activities that can set examples.

“During these times, we have seen that if one person is looking for help, there are many people who came forward to help them in whatever way they can. And that was the main idea behind the launch of the campaign,” Vedika said.

So far, PB Society has received 60-70 responses for the initiative and all of them have been unprecedentedly heartwarming and inspiring. The brand even received direct messages from the customers who were motivated by the real-life narratives.

Sharing some stories of bravery, Vedika said in one of the responses, the person talked about how countless losses due to pandemic has been worsening his mental health.“So they prayed every day to pass through the difficult situation,” said Vedika. In another story, Delhi-based student Dimple Anand said that she took the initiative to feed people who are starvingduring the lockdown. Dimple tried acting as a bridge between people who have the capacity but cannot put in time/effort and people who are in need. She volunteered to serve food boxes to people around her neighbourhood and gained satisfaction from doing this.

‘The Gold in You’also narrated the experience of Vrinda Garg, a sales executive from Mumbai,who said that she had always wanted to get creative and learn how to paint but workload demanded otherwise from her life. So, during the lockdown, she decided to start painting. That really helped her break free from the anxiety and mental stress that she was going through.