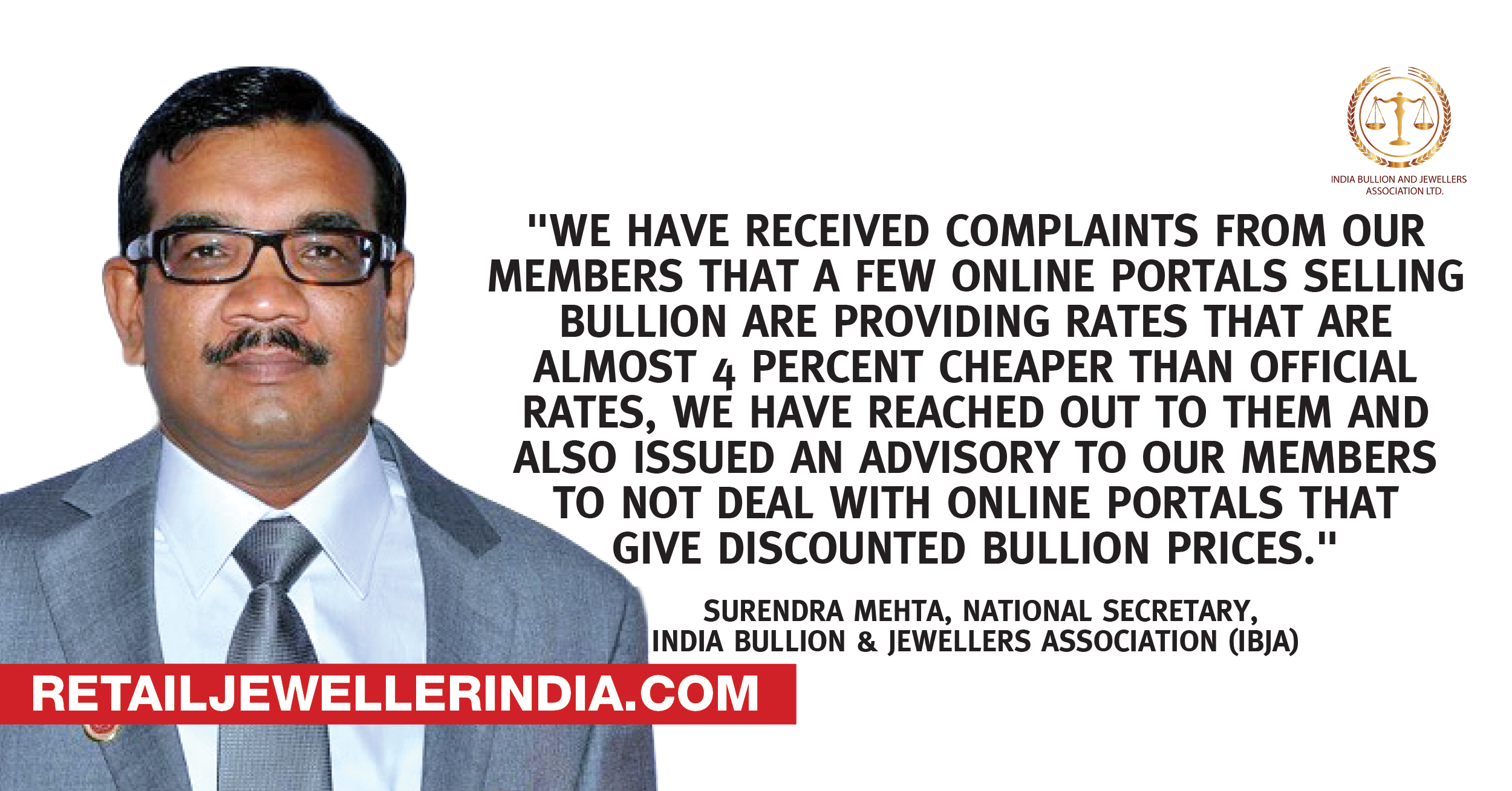 Mumbai: Certain online portals appear to be burnishing the allure of gold further by offering cash rates 4 per cent lower than the official prices, prompting the nodal body of bullion traders to question the origin of the yellow metal Web platforms are offering their clients.

On one of the portals seen by ET, a rate of Rs 37,077 per 10 kilograms was displayed as a cash sale. The official, real-time gross settlement rate on the same platform was Rs 38,651, inclusive of 3 per cent GST. On each kilogram of gold, the discount works out to Rs 1.57 lakh. The purity of gold is .995 in both cases.

Cash, or hazir, rates are also given for Kolhapur, Latur, Malegaon, Nagpur, and other towns of Maharashtra – all at a discount to the official RTGS rate. “We have received complaints from our members that a few online portals selling bullion are providing rates that are almost 4 percent cheaper than official rates,” said Surendra Mehta, National secretary, India Bullion & Jewellers Association (IBJA).

“We have reached out to them and also issued an advisory to our members to not deal with online portals that give discounted bullion prices. We understand that only impure and unethically sourced gold can be sold at discount.”

Trade officials say gold being sold in cash may have evaded the 12.5 per cent import duty or old metal purchased by traders from residents who don’t have proper ownership records. Gold prices recently hit multi-year highs of.Rs 38,000 on rupee depreciation and a steady rise in overseas rates.

“It’s like saying ‘you give me the cash and you’ll get the metal cheaper than the official market rate’,” said Kumar Jain, a gold jeweller from Zaveri Bazaar gold market. “It’s absolutely wrong to display the hazir (cash) rates.”

An Industrial Visit organized by International Institute of Gemology in Surat