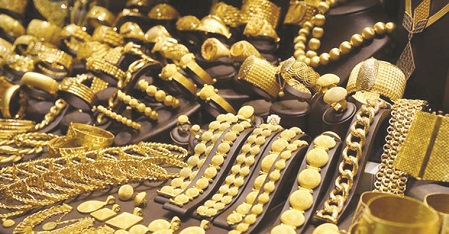 In a directive issued by the Government of India, jewellers have been asked to clear out existing stocks of non-hallmark gold and silver ornaments before June 2021 and thereafter sell ornaments mandatorily hallmarked at assaying and hallmarking centres monitored by the Bureau of Indian Standards (BIS). According to the directive, from July 1, 2021, no jeweller will be allowed to sell ornaments without hallmarks. However, consumers can sell and exchange non-hallmark gold and silver.

A directive had been issued last year in January making it mandatory to hallmark all kinds of gold and silver jewellery from January 15, 2021. The deadline was extended later to July 1, 2021 because of the pandemic.

Accordingly, from July 1 this year, jewellers will be allowed to sell only 14, 18 and 22-carat gold jewellery. Any violation would attract penalty and imprisonment.

“The government of India has set the deadline up to June for the jewellers to register themselves with the Bureau of Indian Standards (BIS),” Mushtaq said.

“We had several meetings with the jewellers in Kashmir in which we made them understand the entire process,” he added.

The BIS has already been running a hallmarking scheme for gold jewellery since April 2000.

“There are schemes for opening up hallmarking centres and the government is also providing subsidies for the same,” Mushtaq Ahmad said.

Gold hallmarking, a certification of the purity of gold issued by the BIS, is currently voluntary in nature. According to BIS, making the certification mandatory would help reduce corruption in the gold business and ensure consumers are not cheated while buying gold.

Charges have to be paid to get the jewellery hallmarked. President of the All Gold Jewellers and Workers Association, Bashir Ahmad Rather said that the hallmarking on all gold ornaments cannot be done in one hallmarking centre.

He said: “Our demand to the government is to establish one hallmarking centre in each district, so that it will be easier for all the jewellers to complete the process.”

“We have only one such centre in Bohri Kadal area of downtown Srinagar. We demand one more for the city centre in Hari Singh High Street,” Bashir said.

Kalyan Jewellers shares list at over 15% discount to issue price