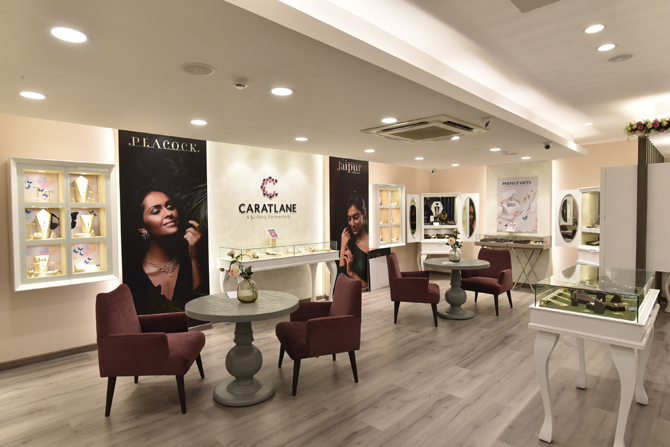 With its online channels and a majority of its standalone stores turning profitable, jewellery retailer CaratLane – in which Titan holds a majority – is set to break-even at a company level by FY-20. The jewellery brand will also focus on expanding its offline presence as it plans to set up 50-odd stores in the coming year (FY20).

Titan picked up a 62 per cent stake in the online jewellery retailer in mid-2016.According to Rajan Amba, Chief Operating Officer, CaratLane is on-course to attain profitability by next fiscal end. The online channel (primarily own-website and mobile app) is already breaking even; while 90 per cent of its brick-on-mortar stores are profitable.

CaratLane currently has 52-odd standalone stores, most of which are franchisee-owned.

“Ideally, we should be breaking even in the next six months or so. But, considering the nature of jewellery business, it (profitability) may vary by a month or so. So it would be safe to say that by FY20 we should be profitable at a company level,” he told BusinessLine.

Funds are being ploughed back into the business as inventory for both franchisee-run and company-owned stores. “That’s where a considerable investment is going in,” he added.

In terms of turnover, the e-tailer is eyeing ₹500 crore by the end of this fiscal — over 56-per cent jump from the ₹320 crore it reported in the year-ago-period. According to Amba, the objective is to continue with a 40-50 per cent growth rate and obviously then focus has to be on expanding off-line presence. The target is to open 50-odd stores a year for at least some time as CaratLane plans to shore-up revenues.

Nearly, 60 per cent of the company’s revenue come from offline channels (stores) at present.

Related Topics:break-evenCaratlanejewelleronline jeweller
Up Next

Trend of Recycling Gold by Retail Users on the Rise