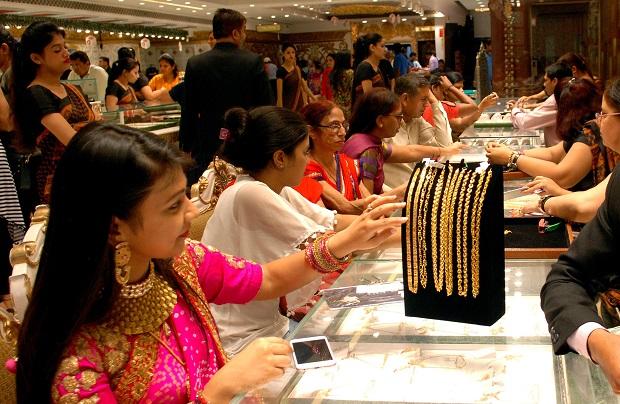 To prevent consumers from getting trapped in malpractices of some jewellers, apex industry body India Bullion and Jewellers Association (IBJA) has advised them against dealing with non-credible retailers.

IBJA issued two advisories for consumers on Tuesday. In the first, on monthly deposit schemes, the body asked consumers to check with it about credentials and goodwill of the company concerned and its directors before participating in the deposit scheme of a jeweller. Also, IBJA urged consumers to invest only through cheques in these schemes.

The advisory also urged jewellery retailers to conclude these schemes within 12 months from the date of opening and prevent accruing any interest on these. Normally, jewellers run deposit schemes for nine months with an interest equivalent to 75 per cent of the first instalment. They offer interest as a discount without any formal receipt.

“After recent defaults by a couple of jewellers, government representatives, industry and the media started raising questions about self-regulation practices. The advisory is part of a self-regulation process. If consumers ask us before investing in any scheme, we will help them with the credentials of the IBJA member concerned and its directors. But, the decision on investment would still be investors’ own,” said IBJA National Secretary Surendra Mehta.

In the second advisory, IBJA directed jewellery consumers not to buy ornaments that are not Bureau of Indian Standard (BIS) -hallmarked, and to check the buyback policy before making a purchase.

These advisories could be IBJA’s attempt to restore jewellers credibility in the wake of the Rs 12,000-crore Punjab National Bank (PNB)-Nirav Modi scam, which came to light about two years ago, besides recent defaults by two domestic jewellers — Goodwin and Rasiklal.

The advisories should help consumers get a broader awareness about the companies and individuals they are dealing with.

But jewelers do not seem convinced. “IBJA is just a trade body, not a credit rating agency. It does not issue ratings on jewellers that consumers might follow. We don’t know the basis for their advisories,” said Anantha Padmanabhan, chairman, All India Gems and Jewellery Domestic Council (GJC).

Interestingly, industry estimates suggest that 60 per cent of jewellers’ working capital comes from monthly and periodic deposit schemes. In fact, deposit schemes have proved a saviour for jewellers, helping improve their liquidity in the times of slow funding from banks.

Padmanabhan further said that IBJA’s advisories would have no impact on consumers and jewellery business at all. “Consumers invest in any jewellery scheme based on the trust which is built over several years. Consumers redeem their jewellery investment schemes and renew them. Default by one or two jewellers would not set a benchmark for the entire jewellery industry.”

Meanwhile, the Gems and Jewellery Export Promotion Council (GJEPC), the jewellery export promotion body under the Union Ministry of Commerce, has already created a ‘mykyc’ bank that is proving beneficial for lenders. “Many banks have checked the credential of jewellery exporters and their directors before sanctioning fresh loans to them,” said a senior GJEPC official.