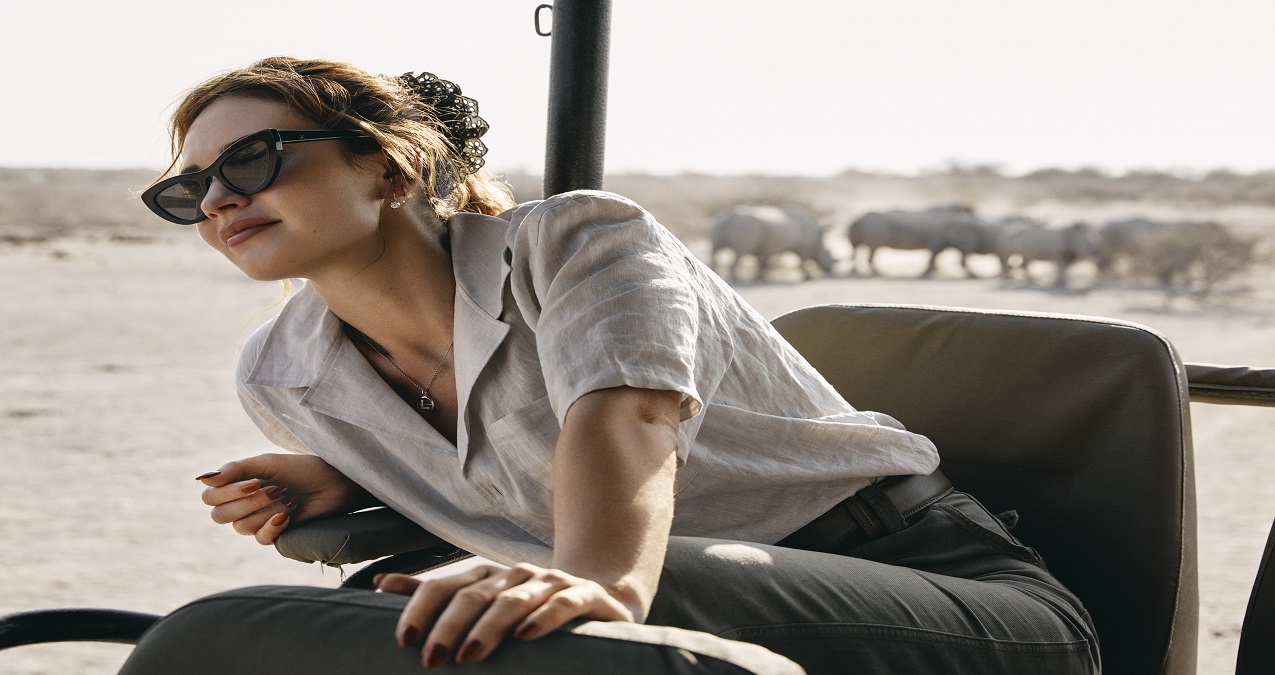 Her trip began with four days on Safari at The Selinda Reserve, a picturesque wildlife sanctuary home to thousands of elephants and the famous Selinda lion pride. From there,she visited the Orapa Game Park—part of the De Beers Diamond Route—which illustrated firsthand the impact of the natural diamond industry’s conservation efforts. Ms. James also met with students and teachers at theLivingstone House Primary School, one of four schools in the community that are run by Debswana—a diamond mining company owned by De Beers and the government of Botswana.This was followed by the opportunity to see natural diamonds at their point of origin with a visit to Lucara Diamond Corp’s Karowe Diamond Mine, as well as the De Beers Global Sightholder Sales facility in Gaborone, the capital of Botswana. Her last stop was the KGK Diamondscutting and polishing facility in Gaborone, where she met with some of their remarkable employees—a majority of which are native citizens whose livelihoods are supported by the natural diamond industry.

“I’ve been awestruck by the natural beauty and the vibrant communities I’ve seen in Botswana,” says Lily James. “To know so much of this land—over 1,000 square miles globally is protected by the natural diamond industry makes me incredibly proud to be the NDC’s Global Ambassador.”

“It’s been incredible to experience Botswana for the first time with our Ambassador, Lily James. I’d heard so much about the positive impact of the Natural Diamond industry in this country, but nothing can prepare you for the real experience,” says David Kellie, CEO of Natural Diamond Council.”The natural diamond industry is an example to others as to how collaborations between governments and business can transform the lives of so many people and the communities in which they live.”

Located in the middle of the Kalahari desert and believed to be the birthplace of humans 200,000-300,000 years ago, Botswana is a country with a population of 2.35 million people that has been inhabited and remained an important place in the world. Natural diamonds were discovered there in 1967.

Natural diamonds support the livelihood of more than 10 million people worldwide and nowhere is the positive impact felt more than in Botswana, contributing 33% of Botswana’s GDP in 2021. Botswana also has highest percentage of women-owned businesses in the world.

The diamond industry’s partnership with the government of Botswana sustains a school system educating on average 522,000 children a year. In 1966, there were just three secondary schools. Today there are 300 and every Botswanan child receives free primary and secondary education.

Additional benefits of the natural diamond industry include providing healthcare for more than 4 million people globally and funding critical infrastructure development including schools, hospitals, and roads.

Further information regarding the natural diamond industry’s contributions to economies and communities can be found their Natural Diamond Council’s Thank You, By The Way campaign, which has recently gained support from industry retailers such as Jared and Ben Bridge Jewelers.

Mia by Tanishq launches its brand new store in Kolkata