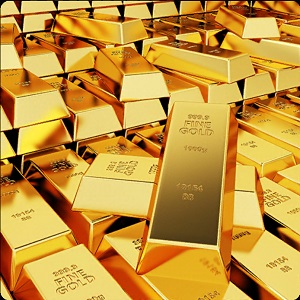 The gold-to-silver price ratio has risen steadily since bottoming out in 2010 to the present trading level of more than 86. What does this really mean for the precious metals going forward? Does that portend a crisis? The Silver Institute, the Washington-based body of silver industry stakeholders, thinks so.

The institute, established in 1971, in its annual World Silver Report, 2019, released on Thursday, said: “When the ratio of gold-to-silver price is high, it points to a looming crisis.” Usually, a ratio above 80 is considered high; and this time, the average ratio in the past year has been higher than 82.

The ratio indicates how many ounces of silver could be purchased with an ounce of gold and hence higher the ratio. So, a high ratio means gold is getting costlier, and a low ratio implies silver is gaining strength.

The report said “the gold-silver ratio can rally in the face of a crisis, although the nature of such a crisis would dictate how the ratio develops. If circumstances suggest that market instability increases, then investors generally would favour gold to silver.”

The Silver Institute report also highlighted several past instances when the ratio had gone above 80 before a big crisis hit the markets. A good example is the 2008 global financial crisis, when the ratio had surged past 80, against a long-term average of around 65. On the other hand, at the end of April eight years ago, when the silver price had flirted with the $50-an-ounce level — its all-time high price — the ratio had fallen to 31.7. That had also been seen as an aberration by the market and the silver price had contracted sharply.

A high ratio in the early 1990s was in response to the Gulf War. “It is arguable that in anticipation of a crisis the market could see a ratio of above 80.” At the end of 2017, the gold-silver ratio stood at 77, a high level that perhaps signalled another major crisis was looming.

Indeed, the ratio again hit the 80s territories in February 2018, and moved sideways between 74 and 83 until September, when emerging markets entered a phase of liquidity and investor confidence crisis.

This ratio had risen as high as 86 in the first week of December. Both the US equity markets and the US dollar declined sharply shortly afterwards.

Jewellers Bat for Standardisation in Hallmarking of Gold to Avoid Confusion